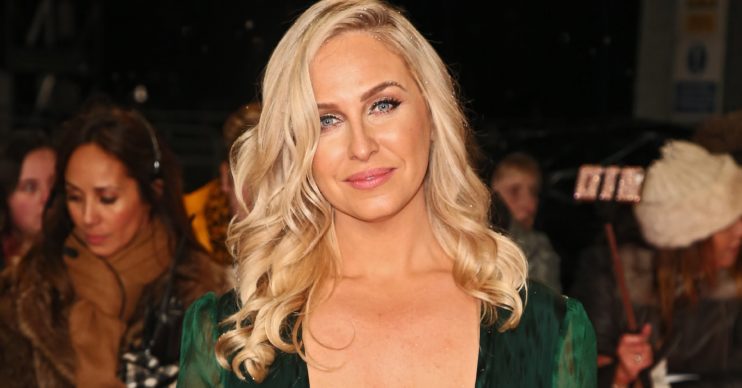 Little Reggie is currently camping with his dad

Josie Gibson has admitted to suffering from “motherhood issues” after being separated from her son Reggie.

The 35-year-old This Morning star was left pining over her son, just days after the toddler left to go camping with his dad.

Josie and ex-boyfriend Terry split four months after Reggie was born, but continue to co-parent the tot together.

Taking to Instagram, Josie shared a loving snap alongside the one-year-old as they relaxed on a hammock.

The former Big Brother star stunned in the make-up free snap while Reggie was nestled into her chest.

She captioned the shot: “I’m always slightly moaning I don’t get any time for myself and now he’s away and I finally get that time to myself, I spend it looking at pictures of him.

Fans rushed to sympathise with the star, with one commenting: “Such a double-edged sword.. The ache for them is so painful! 💙 .”

Another added: “I’m exactly the same!! Motherhood is weird 😂 .”

A fourth gushed: “What gorgeous pic of you and Reggie Josie ❤️ .”

Back in June, Josie revealed she was back living with Reggie’s dad during lockdown.

The lovable star welcomed Terry back into her Bristol home to help her look after their son.

During an appearance on Loose Women, Josie told the panel that she and Terry had “never got on so well.”

However, the coronavirus pandemic had made her appreciate what’s important in life.

Read more: Frankie Bridge on the ‘stressful’ side of parenting and her ‘constant struggle’ with son Parker

She said: “He’s one of those people you can’t live with, but can’t live without. We were really scared because he’s severely asthmatic – he finds it hard to breathe at the best of times.

Josie added: “We still stay in separate rooms but yeah, I love him to bits.”