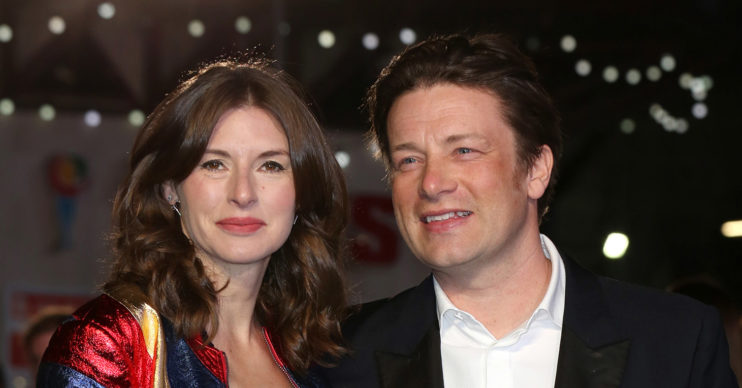 Jools Oliver reveals she suffered a miscarriage during lockdown

The mum-of-five shared the heartbreaking news.

The mum-of-five, 45, says she suffered a miscarriage during lockdown.

Speaking on the Made by Mammas podcast, host Zoe Hardman remarked that Jools wanted a sixth child by her 47th birthday.

Jools replied: “I really do, I really do but I’ve just had three miscarriages since then and I’m thinking… and a recent one three weeks ago and I’m thinking: ‘No,’ I dunno. I do want to, but I’ve got to mentally check that it’s a good idea to do.

She continued that despite her concerns, she would love another child.

However, husband Jamie, 45, may need some more convincing.

She explained: “Jamie is still up for it, kind of… not really. I haven’t got long, maybe another year and then I really will just shut that chapter off because I am very happy and I am pretty full up at the moment as it is.

“But just that little baby, it’s a terrible thing to keep wanting something and you can’t help it.”

Earlier this year Jools shared on social media that she has suffered a total of five miscarriages.

Elsewhere in the podcast interview she said her doctor had asked her how she was coping.

She said: “I went to see the doctor the other day and he said, ‘How are you mentally?’ and I thought about it and I went: ‘Well, this is the fifth one now,’ I had two before River, and they’ve been early ones, the last two have been at 6 ½ weeks.

“So I just feel… I’m really good at going ‘Right, I’m pregnant but it won’t work so I’m just going to carry on,’ whilst everyone gets really into it and I have really learnt to not because I’m kind of not very positive about it.”

She says she is aware why some people may feel this is enough children – and that her family worry for her health.

All of us in a photo for once, normally I can’t keep track of everyone and some ones being moody but I managed to grab a whole team Oliver pic …… sending love to you all xxxx

“I understand because my life is more important so I sometimes may not tell the sisters because I don’t want to hurt their feelings, I’d rather just not say because they’ll be worried about me specially during lockdown…”

*For support, contact the Miscarriage Association, miscarriageassociation.org.uk, or Sands, sands.org.uk