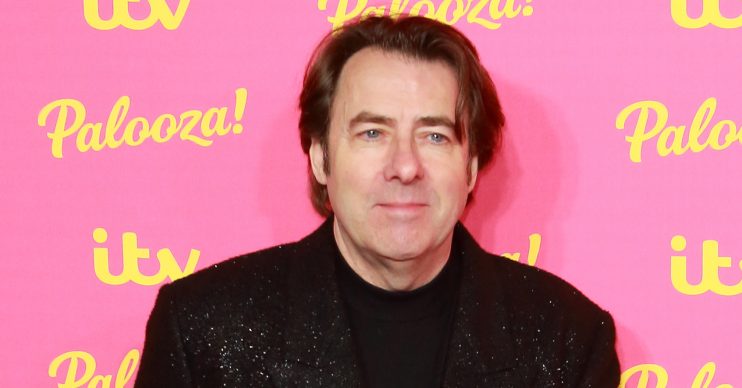 The body image activist lifts the lid on her dating life

Honey Ross, daughter of presenter Jonathan Ross, just made her modelling debut at London Fashion Week and now she’s opening up about the dating scene as a plus-sized woman.

The 23-year-old is a body image activist and says she is proud of her body and hopes to help others feel as comfortable in their own skin.

Taking to her column with the Sunday Time Style magazine, she said that while she receives plenty of cheeky direct messages from male admirers – few have the confidence to approach her in real life.

And she blames this on the fact that she is “fat” – and the taboo that surrounds dating someone who is considered plus-sized.

She wrote: “Strangers and mutuals alike are privately trying to get my attention.

“Their desire for fat bodies is their dirty secret, hidden in inboxes across the world.”

In her column a few weeks prior, she described how she had struggled with body image issues so severely as a teen, that she suffered from body dysmorphia.

TW – SA and r*pe Today I woke up feeling so much lighter than I thought I ever would. It’s been two years since I was raped. An event that changed the course of my life, and sent me in to a tail spin. I used to grieve the girl I was before it happened, but now I try and focus my attention on the girl it happened to. In two years I’ve learnt a lot about what trauma does to your brain and body – the shock waves it sends through you. This photo was taken on my 21st birthday, just three weeks after it happened – I’d been fine that day, and then I dropped my bronzer on the floor and watched it shatter – and with the simple destruction of that one makeup product, I shattered too. When I think about that period of my life, it’s hard to remember a moment in which I wasn’t crying. My body felt alien to me, my brain played the incident on a loop in my mind as I lay awake at night. I thought I’d never be able to return to a recognisable version of myself. But here we are, two years on and I feel okay, sometimes even happy and most importantly like myself again. I’m never going to be the person I was before it happened, but I love and cherish the woman I am now, who survived, who kept going. I’m grateful to my friends and family who supported me and watched me navigate the hellish path to recovery – I love you all dearly, even those who I’ve lost touch with, I’m grateful for everything you did – it’s because of you that I’m still here. If you think I’m an anomaly and this is a rare occurrence, look around, 1 in 5 women will experience some form of sexual assault or rape in their lifetime. And if something similar has happened to you, I wish you all the luck in the world on your healing journey. You can and will survive.

However, she added that she now regrets her past struggles and only wishes she could have always accepted herself as she is.

She explained: “I regret the time I wasted hating myself. I bought into the notion that my body was a work in progress, that all my problems would dissolve if I lost the couple of stone that kept my body from being societally acceptable.”

Read more: TV presenters to ‘undergo psych tests’ prior to going on air

She went on to add that she hopes to inspire others, and that her own mother, Jane Goldman, had even apologised to her.

The activist added: “I want to try to help others avoid making the same toxic journey that I did.

Just taking a little moment to appreciate my softness in all its forms. I’m grateful for my soft skin, my lovely soft tummy, my sumptuous soft thighs. I’m grateful for my brain, that has survived traumas that tried to halt it, yet it continues to burn with a desire to create, and continue. Remaining soft in a world that wants to harden you is an act of protest.

“Recently my mother said sorry for the way they had handled it when I confided how I felt about my body — and how she wished they’d had the tools to offer an alternative.”

She boasts some 16,000 Instagram followers and regularly updates her fanbase with body positive images, encouraging others to free themselves of self-image woes.

What do you think of Honey’s claims? Share your thoughts with us on our Facebook page @EntertainmentDailyFix.