Piers Morgan and Susanna Reid have finished their last day on Good Morning Britain for the summer.

The duo will be having a six-week break before returning to our screens in September.

During Wednesday's show, Piers revealed he's heading off to sunny Los Angeles for his summer break while Susanna, 47, is spending it with her family. 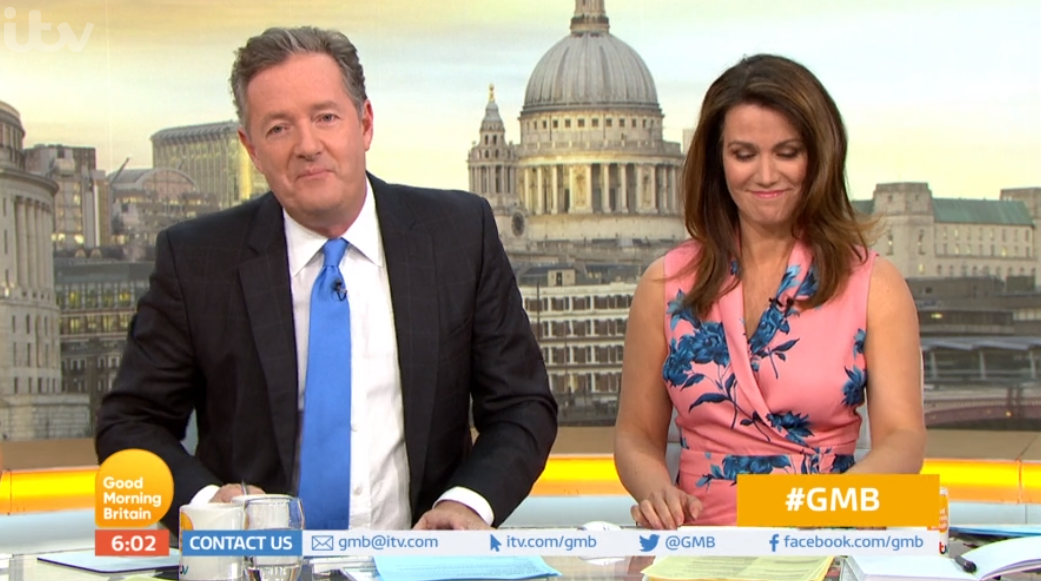 Opening the show, Piers said: "It's last day syndrome. I'm happy to be boarding a plane and going out of the country."

Showbiz correspondent Richard Arnold quipped: "You're happy? I'm happy I tell you. Here's to more air time over the summer people, thank you."

"You've got just two hours of us left before Susanna and I go off in our camper van on our tour of the British Isles to go and meet our fans." 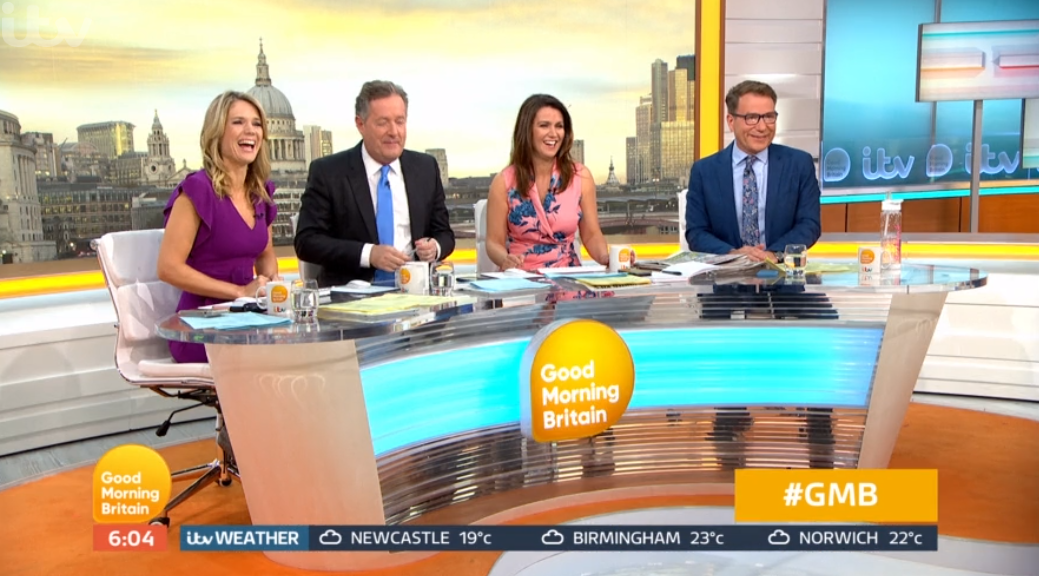 Charlotte and Richard were slightly pleased that Piers was going on a summer break (Credit: ITV)

After a short pause, he added: "No of course we're not, I'm going to Hollywood. Susanna will be around, she'll be in the Croydon area."

Charlotte Hawkins then said: "I want everyone to know that the show does continue, Good Morning Britain will still be carrying on."

This is how they break the news to you on television…

She added: "I'll be here every day..." before Piers interrupted, joking: "I wouldn't over sell that part of the equation. I'd keep that quiet."

Expressing their excitement for their summer break, Piers asked Susanna: "I'm quite excited, aren't you?"

As they finished talking, the producers played Alice Cooper's School's Out, which contains the lyrics: "School's out forever." 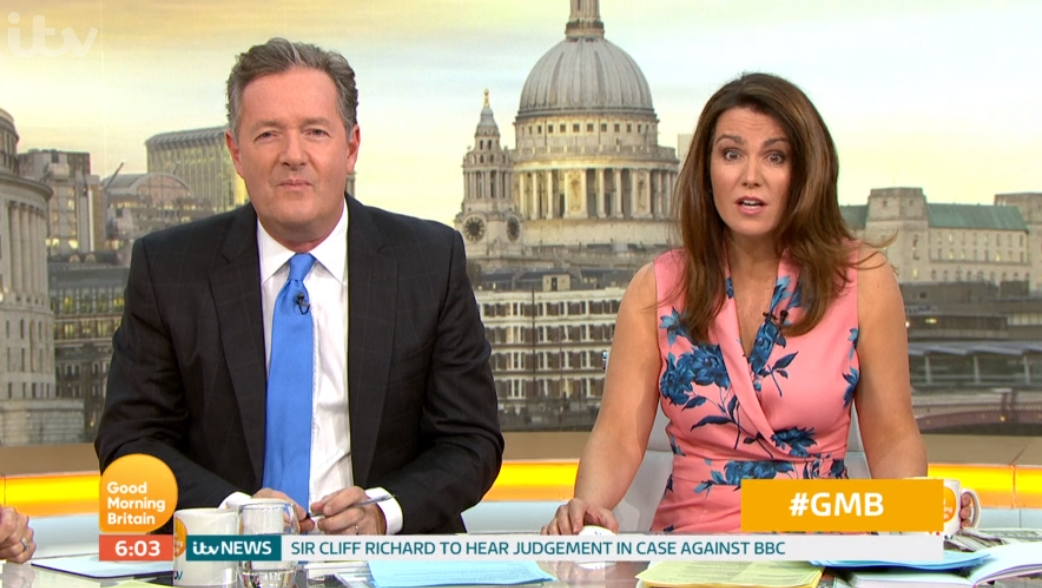 Piers joked he would be leaving GMB forever (Credit: ITV)

Piers joked: "This is how they break the news to you on television…"

Later in the show, Piers wasn't too happy when the show's meteorologist Laura Tobin told him it's going to be warmer in the UK than Los Angeles.

Laura told the presenter: "It's going to be warmer here than it is in Hollywood. It will be in the low 30s by the weekend."

Piers hit back: "Hang on, let's just check," as he picked up his phone to check the weather.

Susanna said: "No, that's our meteorologist who just told you." 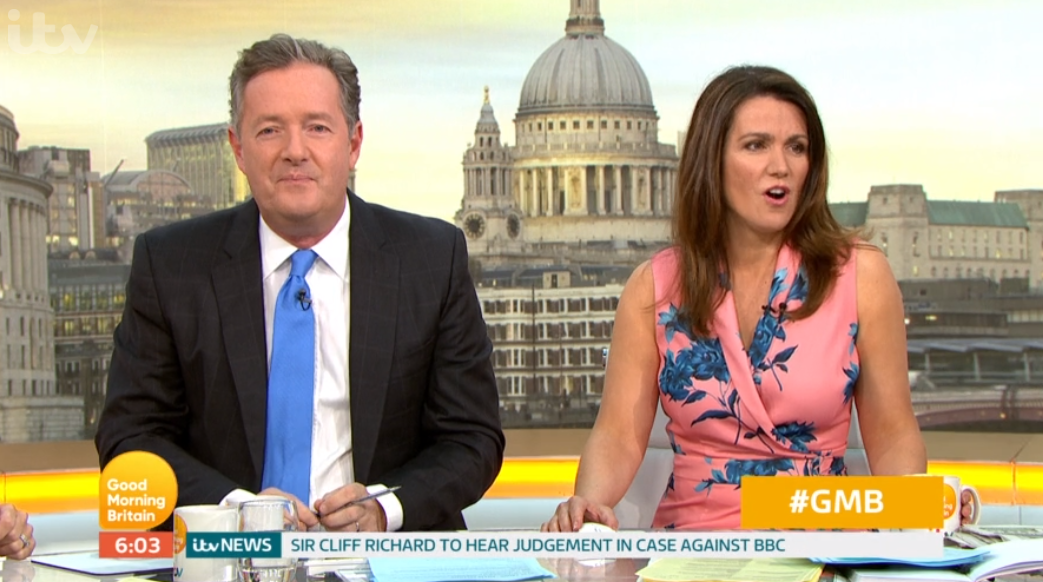 Viewers were gutted to see Piers and Susanna go off for six weeks (Credit: ITV)

Piers then read out the temperatures for Beverly Hills over the next week, which will apparently be in the low 30s too.

As the show came to an end, Piers told viewers: "Have a great summer, we'll be back in September.

Viewers are gutted to see Piers and Susanna leave the show for six weeks.

Going to miss @piersmorgan and @susannareid100 they make breakfast tv worth watching. Nice to see journalists who actually have opinions and are not afraid to share them

Piers can Go! The Gorgeous Goddess that is Susanna Reid @susannareid100 gonna miss her 😢😢😢😭😭 she makes my mornings 😉😎😍😍

😢 going to miss my morning laugh 😂 now ! Hurry back 🙌🏻 #happyholidays

Will you miss Piers and Susanna on GMB? Leave us a comment on our Facebook page @EntertainmentDailyFix and let us know what you think!