There are sore losers, and then there's Johnny Vegas at last night's National Television Awards!

His sitcom Benidorm was passed over for Best Comedy - which went to the mega-successful Peter Kay's Car Share instead.

And as Sian Gibson made her way onto the stage to collect the award, the northern funnyman turned the air blue. 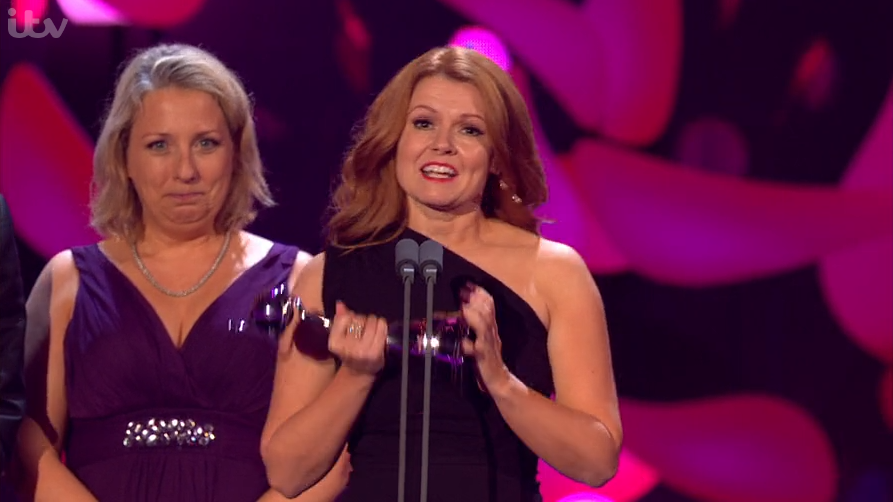 Cameras caught him standing up looking absolutely furious, before appearing to snarl "You [bleep]" to someone still sitting down.

Peter Kay himself was absent from proceedings, after cancelling his UK tour recently due to an unforeseen family circumstance.

Sian said: "He's gutted he can't be here tonight but he sends his love, he'll be over the moon so we're going to go and phone him."

Fans were confused and concerned by Johnny's outburst, taking to Twitter to query whether he was ok. 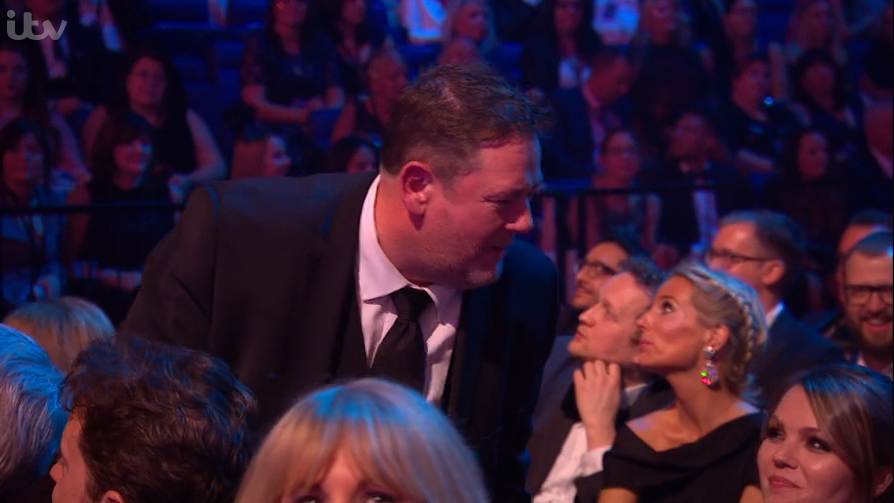 Not a happy comedian (Credit: ITV)

One asked him directly: "Dear boy what the hell happened at the NTA's you looked very cross hope you are ok x".

Another said: "What's up with Johnny Vegas looks he was giving someone a right mouth full".

However, it turned out that Johnny had been pranking everyone all along - and showing off some impressive dramatic skills!

My anger at the NTA's was merely a joke between @Baxter3890 and myself.

He tweeted later: "Please all, my anger at the NTA's was merely a joke between @Baxter3890 and myself. We vowed to have s [sic] fake barney should SOAH not win. Please entrust us with a sense of humour and the magnanimous ability to be happy for the worthy winners this evening... oof". 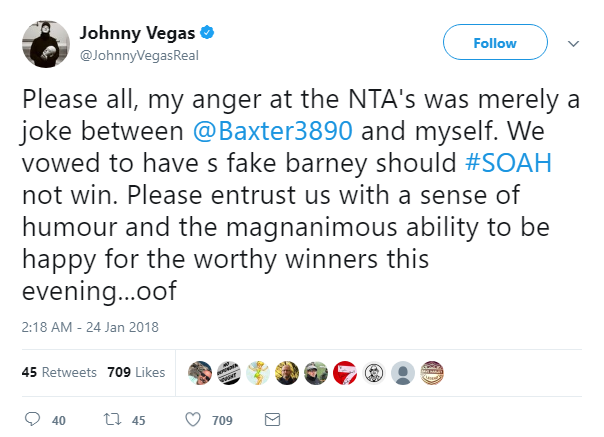 Of course, his loyal followers were quick to let Johnny know that they'd been in on the joke all along! 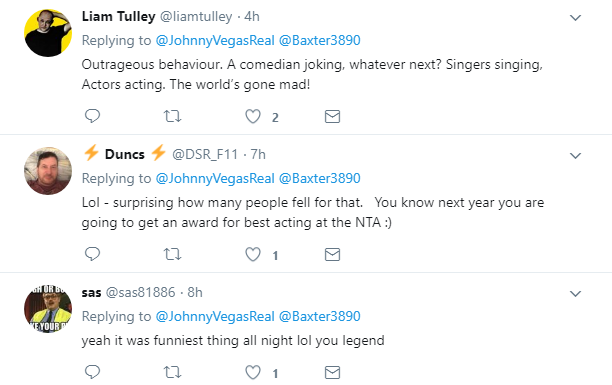 Read more: Phillip Schofield warns he might barf on This Morning after NTA celebrations

Well, at least Johnny didn't invade the stage when his category didn't win, unlike Bradley Walsh, who snuck up with the This Morning team when they snagged Best Daytime.

But perhaps next year you could just smile and clap politely, eh Johnny?