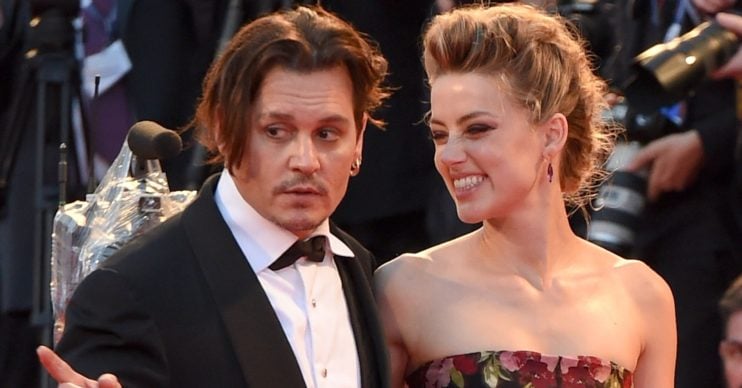 Johnny Depp and Amber Heard have been locked in a bitter dispute ever since their marriage ended in an acrimonious divorce in 2017.

She accused Pirates of the Caribbean star Johnny of domestic abuse, and he sued for libel in court – but has just LOST the case (Monday November 02 2020).

Here’s everything you need to know about their marriage breakdown and subsequent court battle.

They started dating in 2011, when his long-term relationship to Vanessa Paradis officially ended.

Amber sported an engagement ring in 2014.

Johnny and Aquaman actress Amber married in a very private ceremony in their home in LA in 2015.

Just one year later, Amber Heard filed for divorce from Johnny Depp and accused him of physically abusing her during their relationship.

On May 23 2016, she filed for divorce and obtained a temporary restraining order against the Oscar-nominated actor.

Amber stated that Johnny physically abused her, usually under the influence of drink and drugs.

She alleged that Johnny Depp threw his phone at her, leaving her with a bruised face.

However, a police spokesman told People that an investigation into the domestic incident radio call found that no crime had taken place.

Johnny denied the accusations and said Heard was “attempting to secure a premature financial resolution by alleging abuse”.

What really happened between Johnny Depp and Amber Heard?

Amber and Johnny reached a seven million dollar settlement out of court on August 16 2016 – which she donated to charity.

She testified under oath at a deposition, but a settlement was eventually reached after she withdrew her request for a domestic violence restraining order.

She also rescinded her spousal support request of 50,000 dollars a month.

At the time, they released a joint statement, saying: “Our relationship was intensely passionate and at times volatile, but always bound by love. Neither party has made false accusations for financial gain.”

It continued: “There was never any intent of physical or emotional harm.”

Their divorce was finalised in 2017.

Why did Johnny sue Amber?

In December 2018, Amber Heard wrote an opinion piece for The Washington Post saying she was abused.

Although she did not mention Johnny Depp by name, she wrote: “I became a public figure representing domestic abuse, and I felt the full force of our culture’s wrath for women who speak out.”

In 2019, Johnny sued Amber for 50 million dollars for defamation over the article.

The suit said that Ms Heard “is not a victim of domestic abuse, she is a perpetrator” and denied that Depp ever abused her.

Amber Heard’s allegations were described as part of an “elaborate hoax to generate positive publicity” for the actress.

Johnny Depp’s lawyers said: “The op-ed depended on the central premise that Ms Heard was a domestic abuse victim and that Mr Depp perpetrated domestic violence against her.”

In turn, Amber Heard detailed multiple instances of alleged abuse in a court filing that she claims occurred during their marriage and referred to him as “the monster”.

She claimed she had scars on her arms and feet from an incident where her then husband allegedly threw her through a ping pong table and dragged her through broken glass.

Amber admits to hitting Johnny in phone recordings released in 2020.

She is heard saying: “I’m sorry that I didn’t […] hit you across the face in a proper slap, but I was hitting you, it was not punching you. Babe, you’re not punched.

“I don’t know what the motion of my actual hand was, but you’re fine, I did not hurt you, I did not punch you, I was hitting you.”

He replies: “I left last night. Honestly, I swear to you because I just couldn’t take the idea of more physicality, more physical abuse on each other.

“Because had we continued it, it would have gotten [bleeping] bad. And baby, I told you this once. I’m scared to death we are a [bleeping] crime scene right now.”

Amber responds: “I can’t promise you I won’t get physical again. God, I [bleeping] sometimes get so mad I lose it.”

Why did Johnny sue The Sun for libel?

On July 7 2020, Johnny began a three-week libel trial against News Group Newspapers, the publisher of The Sun.

He was suing both the publisher and The Sun’s executive editor Dan Wootton for libel over a 2018 article.

In the article, they called him a “wife beater” in reference to his marriage to Amber.

Who said what during the libel case?

Johnny Depp alleged that Amber Heard defecated in his bed and punched him.

He also accused Amber of having extra-marital affairs with James Franco and Elon Musk.

In turn, Amber accused Depp of physically abusing her, and of throwing a phone at her face.

Furthermore, Amber has said that Depp threatened to kill her on several occasions.

Why did Johnny Depp lose the libel case?

Despite his ex-girlfriends Vanessa Paradis and Winona Ryder providing statements in Johnny’s defence, he lost his libel action in the London courts.

The high court dismissed the claim by the actor for compensation.

In a 128-page ruling, judge Mr Justice Nicol said: “The claimant [Depp] has not succeeded in his action for libel…

“The defendants [the Sun and News Group Newspapers] have shown that what they published in the meaning which I have held the words to bear was substantially true.”

The judge added: “I have found that the great majority of alleged assaults of Ms Heard by Mr Depp have been proved to the civil standard.”

Is Johnny Depp’s career over now?

Johnny’s prolific acting career continues with the release of Minamata in 2021.

In it, Johnny portrays war photographer W. Eugene Smith, who travels back to Japan where he documents the devastating effect of mercury poisoning in coastal communities.

However, the Edward Scissorhands star admits he was “forced to resign” from his starring role in JK Rowling’s new Fantastic Beasts film.

Johnny was set to reprise his role as dark wizard Gellert Grindelwald, and had already started filming the third instalment.

Warner Bros said it would recast his role in the film, which is due for release in summer 2022.

Johnny claims Amber’s allegations also cost him his job in the Pirates of the Caribbean franchise.

His lawyers allege that Disney dropped Johnny from the franchise four days after Amber Heard’s piece in The Washington Post.

With coronavirus also halting filming, only time will tell if Johnny’s career will take a long-term knock.

Meanwhile, Amber Heard has revealed that the allegations she made against Johnny Depp “have had a negative effect on her career as an actor and activist”.

Johnny Depp’s next film Minamata is set for release in 2021.