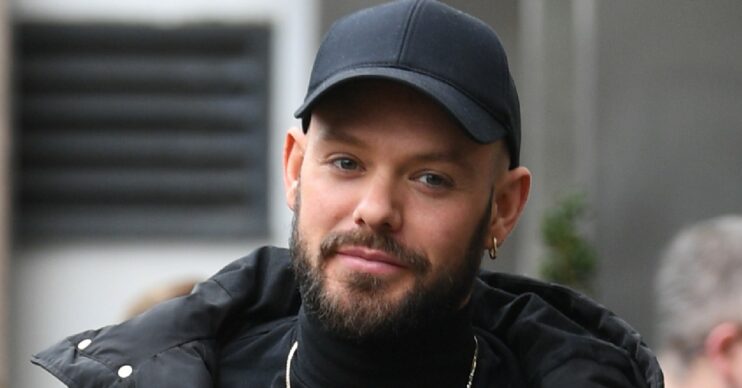 He gave a pretty simple explanation

John Whaite has taken to social media to address recent photos of himself and Neil Jones on the Strictly tour.

The Great British Bake Off winner, 32, is back on the road following a short break due to COVID.

During a recent stop in London, John was pictured with fellow Strictly star Neil ahead of the final leg of the live shows.

The pictures showed the baker looking slightly tired in the reception of a London hotel.

In one of the snaps, Neil is seen holding out his arm as John touched his own face.

But after a tabloid claimed that the star was “emotional” at the time, John has insisted otherwise.

The GBBO star shared a screenshot of an article to his Instagram Story.

The headline of the article read: “Strictly’s John Whaite is comforted by Neil Jones as he gets emotional.”

Alongside the article, John addressed the real reason behind his appearance.

He clarified: “While @mr_njonesofficial is a very comforting chap, I was just swapping rooms because there was a dodgy light…

“And rubbing my eyes because it was 3am.”

It comes after John was forced to miss the show’s tour after testing positive for COVID.

John is back on the road!

The star shared the news on Instagram last week as he apologised to fans hoping to see him.

In a video, he explained: “Hi everyone, little bit of bad news I’m afraid.

“A lateral flow this morning has come back positive so I now have to sit here in this glamorous captivity until a result of a PCR come back – and I’m hoping they come back negative because I feel fine.”

He continued: “I’m triple jabbed, I had coronavirus in summer, so I’m hoping it’s just a false positive.

“But that does mean of course that I won’t be able to perform today or tonight in Glasgow.

Thankfully, John has since returned to dance with partner Johannes Radebe.