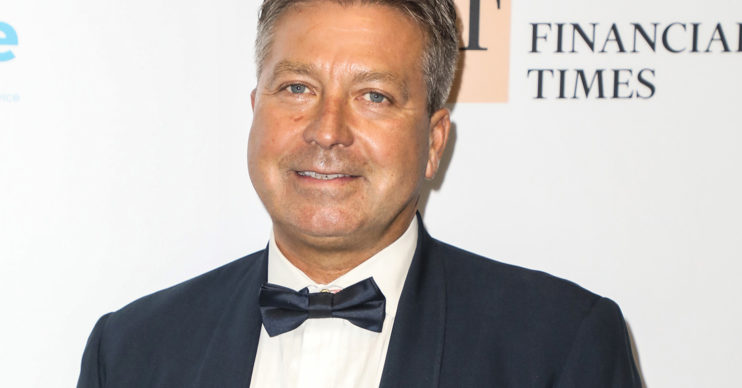 John Torode suffers another cooking disaster after This Morning fire

TV chef John Torode suffered an epic kitchen disaster when his cooking sauce exploded all over the kitchen, splattering the walls, floor and appliances.

The celebrity chef doesn’t seem to be having much luck cooking in lockdown, also setting a tea towel on fire during a live This Morning segment two weeks ago.

Johno had a bit of an accident … his MrJohns sauce all over the floor walls lights ceiling you name it…it’s there !! 😫🥰 @johntorodecooks

The latest incident happened while he was cooking what he calls Mr John’s Sauce while being filmed by his wife Lisa Faulkner.

Read more: Emmerdale fans beg Adam Thomas to return to soap as he looks back over TV career

In the first clip, shared on Lisa’s Instagram stories, John jokes that the sauce is so good it could go global while Lisa says they are ‘dreaming big’.

However, in the next video disaster has struck with Lisa turning the camera round to show followers red sauce splattered all over the kitchen.

Read more: GMB viewers divided as Lorraine Kelly reunites with daughter as she returns from Singapore

Adding to the chaos the couple’s dog Rory runs into shot and starts trying to eat the sauce while John ushers him away.

Sharing the clip, Lisa reports: “John’s had a little accident” before documenting the mess and subsequent clean up.

Panning the video around, followers can see the sauce splattered all up the walls and over the floor, as well as over the cooker and covering the kitchen shelves.

Lisa then reveals a sparkly clean kitchen after John, covered in sauce himself, spent two hours cleaning up the mess.

She also uploaded another picture to her grid, writing: “Johno had a bit of an accident… his Mr Johns sauce all over the floor walls lights ceiling you name it… it’s there!”

Two weeks ago John had another kitchen mishap while making his version of McDonald’s McMuffins live on This Morning.

The cooking demonstration didn’t go to plan as John set his fire alarm off after a kitchen towel caught on fire.

He was showing Holly and Phil how to cook the burger patties when the drama unfolded.

Behind him was a kitchen towel placed on top of an oven hob and it quickly caught fire.

As the flames started getting bigger, Holly shouted: “John, your tea towel is on fire!”

Phil exclaimed: “John, tea towel is on fire! Behind you! Behind you John, you’re on fire! Fire John!”

John turned around and shouted: “Thank you!” as he quickly lifted the tea towel and put it into the sink.