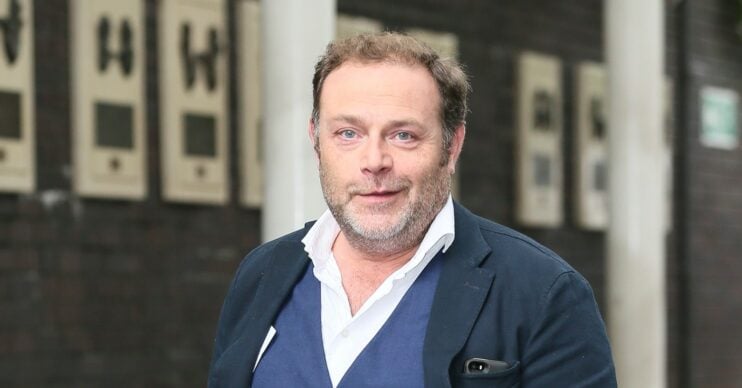 Well who’d have thought! I’d have made it !
15 years sober 🎉🎉🎉
Still stand by the fact , it has been the greatest life changing decision I’ve ever made . Happier healthier and wiser . Genuinely proud of this achievement, so couldn’t let it go unsaid. 😁💪🏼#sober #recovery pic.twitter.com/nnrnexGh5M

The comedian, who is most famous for his appearances in Cold Feet, The Fast Show and Coronation Street, took to Twitter to share the news today.

The comedian posted a picture of himself smiling as he holds up a big birthday badge with the number 15 on it. He posted a lengthy caption to accompany the snap.

“Well who’d have thought! I’d have made it! 15 years sober,” he proudly declared.

Read more: The Voice Kids fans all have the same reaction as nine-year-old reveals he’s set wedding date with his girlfriend

“Still stand by the fact, it has been the greatest life changing decision I’ve ever made,” he continued.

“Happier healthier and wiser. Genuinely proud of this achievement, so couldn’t let it go unsaid.”

After just a few hours, John’s tweet picked up over 20,000 likes, and plenty of replies too!

A number of John’s 40.1k followers took to the replies of his tweet to congratulate him on his monumental achievement.

“As an addiction therapist, fast show fan and human being, I’m so happy for you,” one kind-hearted fan wrote.

“Definitely worth celebrating. A huge lift for anyone trying/maintaining their sobriety especially at this time of year,” another fan said.

What else has John Thompson been up to?

Last week, John spoke about taking part in his first professional musical. John is starring in Hairspray at the Winter Gardens in Blackpool until January 2, 2022.

John is playing the role of Wilbur Turnblad, the father of the protagonist, while Loose Women star Brenda Edwards is playing Motormouth Maybelle.

“Her voice is amazing. She smashes it and blows me away every night,” John said of Brenda.

John’s decision to take part in his first professional musical comes after his stint on the Masked Singer back in January 2021. The comedian made it to round 5 of the competition dressed as Bush Baby.

“The Bush Baby thing was probably the hottest, loneliest job I’ve ever done,” he revealed afterward.