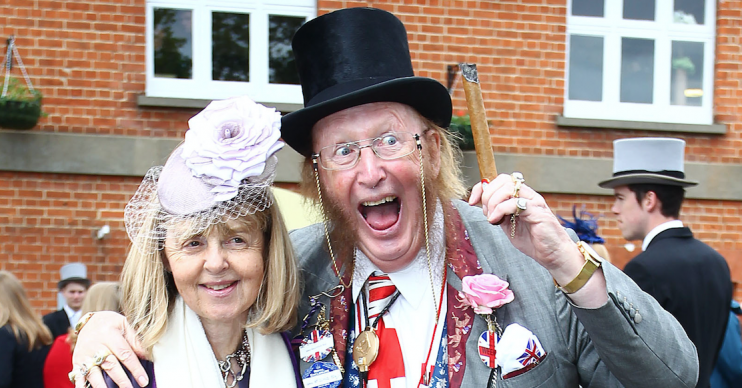 Jenny McCririck, the wife of late racing pundit John, has hit out at Channel 4, claiming that his decline in health started when the channel dropped him from their racing coverage back in 2013.

As Ent Daily reported, John died yesterday (July 5) in a London hospital, at the age of 79.

Now Jenny, who John affectionately called Booby, has hit out at her husband’s sacking, saying it “destroyed” him.

She has also revealed his cause of death.

Speaking to The Sun, Jenny revealed: “When they decided that they didn’t want John his life kind of fell apart.”

She added: “John was devastated. He told me he couldn’t live without it. I think that was when the downfall began. He felt he’d been destroyed.”

John took the channel to a tribunal accusing them of ageism, but he lost his case

Read more: Who have Harry and Meghan picked as Archie’s godparents?

John, who appeared on Celebrity Big Brother in 2015, revealed last October that his life “lacked purpose” after losing his Channel 4 Racing role.

Instead of walking the dogs with his wife, Jenny revealed that he just wanted to sit at home and watch sport or The Jeremy Kyle Show.

Jenny – who was married to John for 48 years – also revealed that her husband was secretly battling lung cancer.

After he told This Morning last October that he “didn’t expect to be alive this time next year”, John blamed his gaunt appearance on a bout of flu.

However, Jenny said that they found a cancerous tumour while John was being treated for sepsis – and he was too poorly for doctors to operate to remove it.

Jenny revealed: “The cancer was small and you would normally have an op to remove it, but because he was so ill he couldn’t do it.

“The cancer spread and whenever he had immunotherapy it left him weaker and weaker and then you get an infection. That’s how he died.”

However, she also said that his famous love of cigars didn’t contribute to his death.

She revealed that John’s funeral will be a private affair, with just herself and one friend present.

His ashes will then be scattered at the former Alexandra Park racecourse in north London, where John’s love of horse racing began.

Head to our Facebook page @EntertainmentDailyFix to pay your tributes to John.