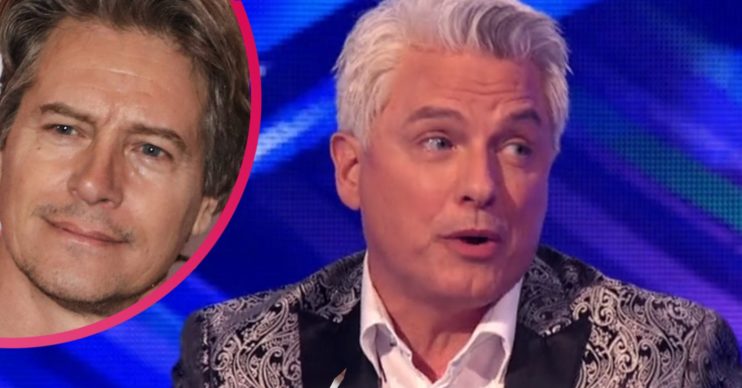 John recently spoke out to thank fans for their support

In latest John Barrowman news, his husband has broken his silence over the actor’s recent controversy.

The Dancing On Ice judge allegedly ‘exposed himself’ on the set of Doctor Who spin-off series Torchwood.

In the wake of the allegations, reports speculated that John would lose his TV jobs including ITV series Dancing On Ice.

Meanwhile, John’s husband, Scott Gill, has spoken out against trolls for “viciously attacking” the star.

He wrote on Twitter: “It’s been a challenging 3 weeks for both of us, watching @JohnBarrowman get hounded in the press and viciously attacked by trolls.”

However, Scott added that there’s also been an outpouring of support from those closest to him.

He added: “But mostly it’s been amazing how many wonderful people have rallied around in support.

“To all of you who have sent us lovely messages – THANK YOU!”

After weeks of silence, John decided to speak out over the weekend.

In a video recorded at his home, John thanked those who have shared their support.

He said: “Hi everybody it’s John here. I just want to say thank you very much to all of my fan family and everybody who has reached out with the countless messages of support over the last few weeks.

“It has meant such a great deal to me. It’s touched me to know that people are supporting me and standing by me.”

“Hopefully we will all be back together soon and I look forward to it,” he added.

“The feeling now is there is no way we can invite him back,” a source told The Sun in May.

“ITV has shown they are prepared to act decisively when stars are accused of inappropriate behaviour. It seems this situation will not be the exception to the rule.”

However, John’s agent rubbished the claims and told ED that “no decision” had been made yet.

As a result, viewers are unlikely to know John’s fate until autumn.