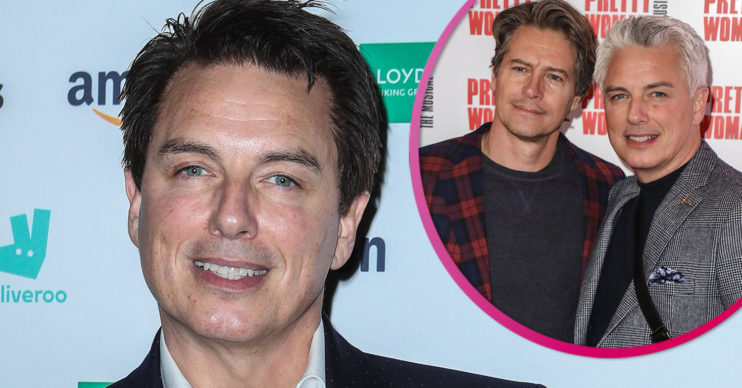 When life gives you lemons...

In the latest John Barrowman news, his husband Scott Gill has told fans they shouldn’t “believe everything they read”.

The 54-year-old Dancing On Ice judge has been accused of ‘inappropriate behaviour’ on the set of Doctor Who spin-off, Torchwood in the 2000s.

But now John and husband Scott appeared to have taken a swipe at the allegations in a new cooking video on social media.

John Barrowman news: What did they say in the Instagram video?

The husband-and-husband team took to Instagram to show fans how to make fresh lemonade.

“… because when life gives you a lemon, start making lemonade.”

After John emptied the juice of the lemons into a jug, he added sugar.

But he then said the recipe called for some cinnamon.

“No,” Scott replied. “Don’t believe everything you read…”

John then looked at the camera, knowingly.

“I feel the same”

Once the thirst-quenching beverage was finished, John poured a glass for himself and for Scott.

Then Scott reached for a large vodka bottle and poured a large measure into his glass.

“I feel the same,” John chuckled.

What did John say about the allegations?

Last week, John broke his silence about the allegations.

Using Instagram once again, he issued a lengthy statement to thank fans for their support.

He said: “Hi everybody it’s John here and I just want to say thank you very much to all of my fan family and everybody who has reached out with the countless messages of support over the last few weeks.

“It has meant such a great deal to me and has really touched me to know that people are supporting me and standing by me and sending their love and all their appreciation and kind words.

“Hopefully we will all be back together soon and I look forward to it.

“Much love and thank you.”