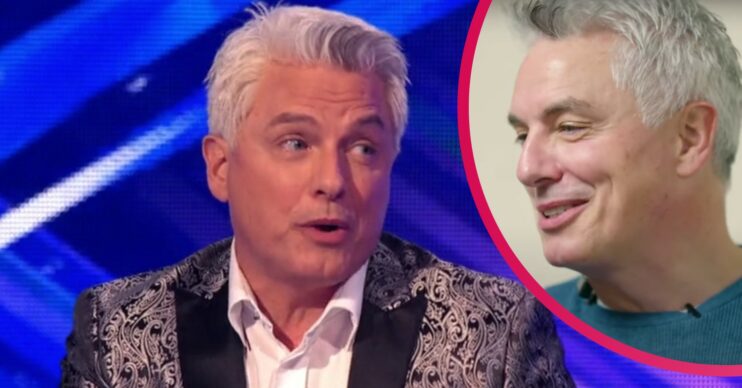 ITV has confirmed his DOI departure

The Dancing On Ice star has also removed an image of his face as his avatar, leaving his profile pic as plain blue.

However, The Sun reported today (Monday October 4) that the 54-year-old has been “axed” from DOI.

ITV reportedly feels his involvement on the show is ‘not a good look’.

The Torchwood star previously apologised for exposing himself to colleagues on the sets of other shows. His behaviour came under renewed scrutiny earlier this year.

He said in May he understood his “exuberant behaviour” may have caused “upset”.

According to The Sun, a TV insider commented: “This will be devastating for him.

“Clearly ITV feel it’s not a good look to have someone like John centre-stage on a family­-friendly show.”

The actor insisted earlier this year that his Dancing on Ice job was safe, saying it was “business as usual”.

However, an ITV spokesperson confirmed his departure yesterday (Sunday October 3).

They said: “We thank John Barrowman for two brilliant years on the Dancing On Ice panel. [We] are pleased to be working with him again as host of the forthcoming All Star Musicals specials.”

In July, John said his previous “tomfoolery” has been intended to “maintain a jokey atmosphere”.

He also insisted there was “absolutely nothing sexual about my actions”.

We thank John Barrowman for two brilliant years on the Dancing On Ice panel.

John continued: “That’s just how it is and no one gives it a second thought.

“But I accept that my behaviour at the time could have caused offence.”

How fans have reacted to the latest news about John Barrowman

Some fans indicated their support for John by tweeting at him. Despite him locking his account, tweets sent to him are still visible, as long as the poster’s account is itself public.

One person wrote: “What on Earth does @JohnBarrowman need to do for people to stop giving him grief? He has apologised for historic things he may have done.”

Read more: John Barrowman insists there was ‘nothing sexual’ about him ‘exposing himself’ on TV set

“I’m all for second chances, so getting rid of @JohnBarrowman will be a big mistake for Dancing on Ice,” claimed another social media user.

A third person tweeted: “This happened 10 years ago and the man has repeatedly apologised. I don’t want to live in a society that I can’t forgive. #istandwithjohnbarrowman.”

And a fourth added: “Dancing On Ice won’t be the same without you. You have my support.”