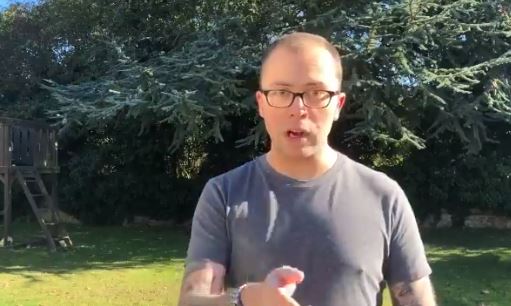 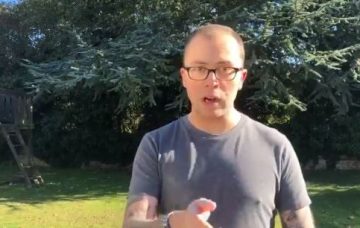 Joe Tracini has thanked Emmett J. Scanlan for saving his life by driving him to rehab when he weighed just five-and-a-half stone due to drug issues.

The former Hollyoaks star, whose dad is comedian Joe Pasquale, enlisted the help of his former flatmate when he told him he needed support six years ago, and Emmett immediately set about trying to help his pal.

Joe said: “I’ve been in rehab three times. The first two for drugs and one for depression. The first time I ever went to rehab I was living with Emmett, which is entirely coincidental, and I said, ‘I need to go.’

“Within hours he’d found me a rehab about 50 miles away and he was driving me there at four o’clock in the afternoon.

“I’d been up for eight years.

“I wasn’t very well, I weighed about five and half stone. I was not good.”

Joe, 30, remembers Emmett – who played Brendan Brady in the Channel 4 soap – “falling to his knees” and reassuring him when he had to ring his mum to tell her he had entered rehab.

He said: “I had to phone my mum and tell her where I was.

“I said, ‘Mum, we’re in rehab now,’ and he collapsed, and he fell to his knees and he grabbed my hand, and he just kept saying ‘It’ll be OK. It’ll be OK.’

#Butterfly airs tonight at 9pm on @itv The response to this show has been utterly phenomenal…. Thank you from the bottom of our hearts.. @redproductionco @annafriel #Gratitude

Joe – who portrayed Dennis Savage in Hollyoaks – has also encouraged his fans to watch 39-year-old Emmett’s new show Butterfly, which tells the story of 11-year-old Max who identifies as a girl, and wants to live out her life as Maxine.

A story about @EmmettScanlan you definitely don’t know before you watch #butterfly tonight on @itv. pic.twitter.com/DJhb6ZP6zM

Speaking in a video on his Twitter account, he added: “I hate to say it but Emmett saved my life, and if you watch that show, it might save yours.

“Or at the very least, make you feel strong enough to live the one you were meant to.

“So please watch that, and I’m very proud of my friend.”

Have you watched Butterfly? Leave us a comment on our Facebook page @EntertainmentDailyFix and let us know what you think!