The happy couple who welcomed their first child together in May, hit the shops over the weekend for some new clothes for their children's wardrobes and took little baby Rex with them.

Joe shared a sweet snap of his baby boy with his 922,000 Instagram followers from inside Childsplay Clothing watching Stacey choose some new items. 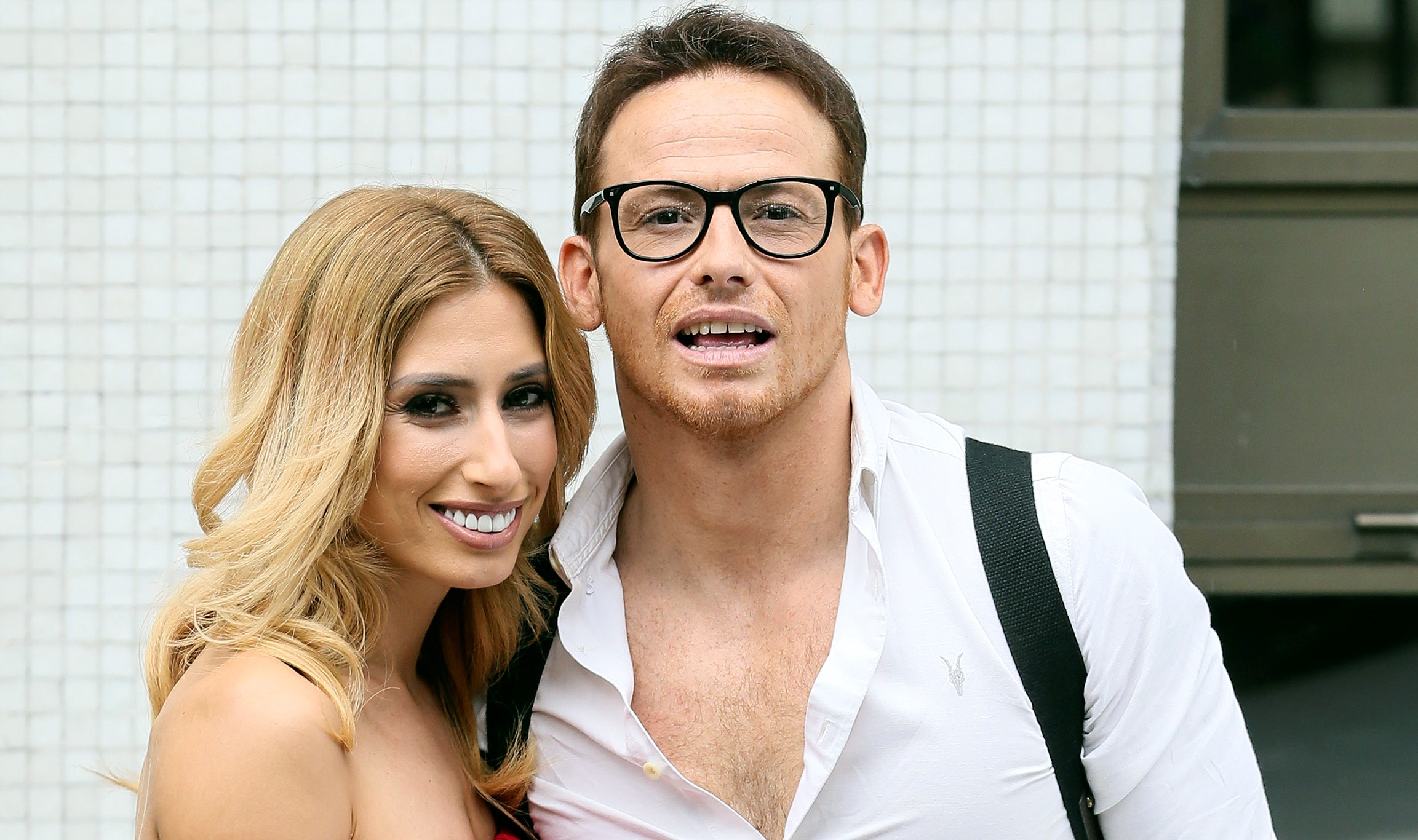 The black and white photo shows Joe reclining on the sofa in jeans and T-shirt clutching his little bundle Rex who is dressed in matching leggings to his mother's.

The former EastEnders actor who became a new father in May captioned the snap: "Me and Rex waiting for mummy @staceysolomon To finish clothes shopping for our holiday."

Fans adored the snap, with many commenting on how Rex seems to have his arms around Joe, giving him a proper cuddle.

Another added: "Lovely, why can't all dads be like you Joe?"

"I'm happy she's going out and looking forward to something," added someone else, perhaps referring to Stacey's honesty about her struggles with anxiety and not wanting to leave the house.

With a newborn on the scene, it's understandable that the couple's lives have centred on baby Rex but they make lots of time with their other children.

Last month Joe spent a fun day out with son Harry, 11, and Stacey's sons Zachary, 11 and Leighton, eight, at Aqua Bounce, a water park in Essex, where guests take part in a fun floating obstacle course including climbing walls, rope swings and slides.

Joe recently spoke about his new child, saying: "He is tiny. He was only a little tiddler but he's put on loads of weight now so he's back to birth weight."

Has anyone seen my baby. I think I put him down somewhere?????

He also praised his fiance with some kind words, adding: "Stacey's doing amazingly, it's such a difficult job being a mum. You don't really realise until you're doing it.

"She's a warrior, honestly, now I know why women do it because if it was down to us we would never have kids, would we?