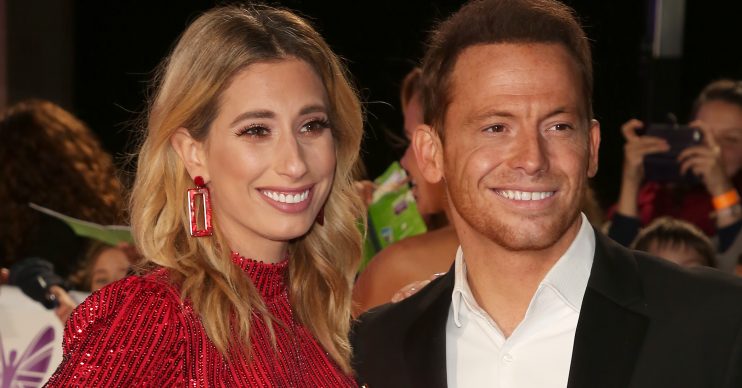 She became 'freaked out' over chocolate penises, however

Stacey Solomon’s birthday celebrations in Brussels have been cut short after the new mum ending up missing her brood too much.

The Loose Women panellist, 30, was treated to the getaway to Belgium by partner Joe Swash – the first time they had both been away overnight without baby Rex.

And although the couple clearly adore each other, the slightly premature end to their trip may have been for the best, going by her social media updates.

Stacey explained her love for chocolate was the reason for their destination in a brief Insta Stories clip. She also joked that sprouts are her favourite vegetable.

But subsequent Stories instalments hinted both Stacey and Joe may have preferred to be at home sweet home.

A scooter ride around the Belgian capital’s had to be aborted for safety reasons after Stace revealed they went “way faster” than she expected.

She also claimed Joe had not brought any safety helmets along for them to wear.

Later on it was suggested Joe had ‘got the hump’ as they dined out in a quiet restaurant that reminded him of ‘somebody’s front room’.

Adding Stacey had booked the Michelin-starred meal, he jokily whinged about her ongoing celebrations: “It ain’t [bleep]ing stopped.

“It has gone on for a week. You’re like the Queen.”

She chuckled: “I am the Queen. The Queen of your heart.”

An apparent unfamiliarity with the world famous Manneken Pis statue also led to some confusion for Stacey after she saw several confectionery tributes in shop windows.

Daddy’s home today and Rex just found out he’s been in the Maldives for the last week 😂😂 For the first day or two when Joe isn’t here it’s absolute bliss, but that quickly wears off and I can’t wait for him to be back with us all, play wrestling, giving us all the cuddles and doing a terrible job of washing up 😂 Not sure how he’s going to feel about the state of our hallway though 😂😂

Wondering why ‘chocolate penises’ were on display, she pondered: “They’re actually everywhere. It’s freaking me out.”

However, it seems being away from their family was too much for the doting parents.

After less than 24 hours away, she admitted they decided to go home on an earlier train than scheduled.

She told fans: “Brussels was interesting… but we had an emotional time this morning because both of us just want to go home to the babies.”