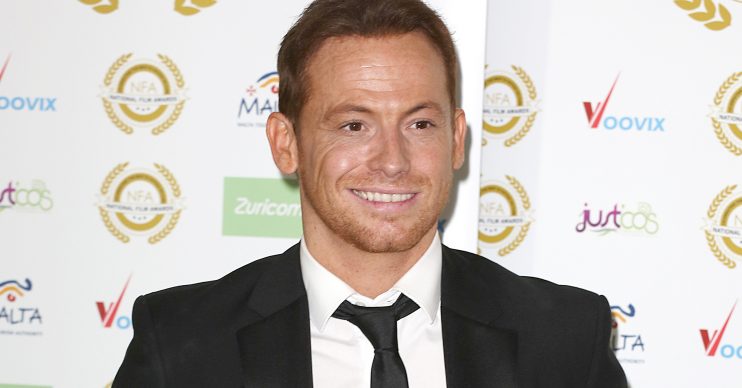 Joe Swash has shared an adorable snap of his eldest son Harry looking after his baby brother.

The actor and presenter, 37, posted a snap of his two kids on Instagram and revealed that the 12-year-old was being a great big bro by looking after little Rex.

The photo showed the tot lying in a Sleepyhead pod next to Harry in bed, accompanied with the caption: “My big boy, looking after my little boy.”

My big boy looking after my little boy ❤️❤️❤️❤️

Fans gushed over Joe’s kids in the comments, with one writing, “So adorable” and another commenting, “They look so sweet” while a third put, “Soooooo cute”.

Others told Joe they think Harry and Rex look alike. “How alike are they? Wow!” said one follower, as another wrote, “Wow, they look so much like each other and they both look like their daddy.”

Joe has two children – Rex, with partner Stacey Solomon, and 12-year-old Harry from his relationship with ex-fiancée Emma Sophocleous.

Stacey, meanwhile, has two other children from past relationships – Zachary, 11, and Leighton, seven.

It appears Stacey and Joe’s other kids have been really hands on in helping them look after the new arrival.

And in another video of the tot being bathed, Stacey could be heard cooing, “Oooh he loves his bath” as Leighton gently splashed water onto him using a flannel.

Stacey told her Instagram followers the experience had been “a rollercoaster” so far but “the ride has nowhere near ended yet!”

She continued: “Feels like forever, but it also feels like only yesterday you were in Mummy’s tummy. I miss you being in there – life was simpler then!”

Rex, who was born towards the end of May, got to meet his mum’s Loose Women co-stars last month.

Had the loveliest afternoon with this one and her bonnie brood ! Leighton and Zak are the loveliest boys ever ! Rex made me all 'groody' again ! And @realjoeswashy made me want @mark_adderley to love hoovering half as much as he does !! How bloody gorg is this photo though?!! @staceysolomon is knackered like all new mums are but sooooo beautiful in her knackerdness! Rex looks shocked to be sandwiched between two such buxom mamas but sorry Rex the mamas were loving it !! #beautifulbabies #keepingitreal #newborn #breastfeeding #newmum

Nadia Sawalha posted about the visit on Instagram and heaped praise on Stacey’s lads, whom she called the “loveliest boys ever”.

She wrote, alongside a snap of herself holding Rex and smiling next to Stacey: “Had the loveliest afternoon with this one and her bonnie brood!

“Leighton and Zack are the loveliest boys ever! Rex made me all ‘groody’ again!”