Joe Swash has admitted he already wants another baby.

The 37-year-old actor and his girlfriend Stacey Solomon - who has sons Zachary, 11, and Leighton, seven, from previous relationships - only welcomed their son Rex into the world in May.

But, the former EastEnders star is looking ahead to the future as the idea of having a daughter is very "tempting".

I'm not the one to make that decision, so it's up to Stacey.

Me and the boy watching a bit of sky sports!

Joe - who has 12-year-old Harry from a previous relationship - told New! magazine: "I'd really love to have another child. I'm not the one to make that decision, so it's up to Stacey.

"I'm quite a paternal person and I've got a big family and I love kids. We've not had a girl yet, so it'd tempting."

The former I'm A Celebrity... Extra Camp host admitted he's keen to tie the knot with his 29-year-old partner but wants their home life to quieten down first.

Asked about the possibility, he said: "There are loads of things going on and we've just had Rex. Once we've settled down and we start focusing on each other, then it's definitely something that will be coming along." 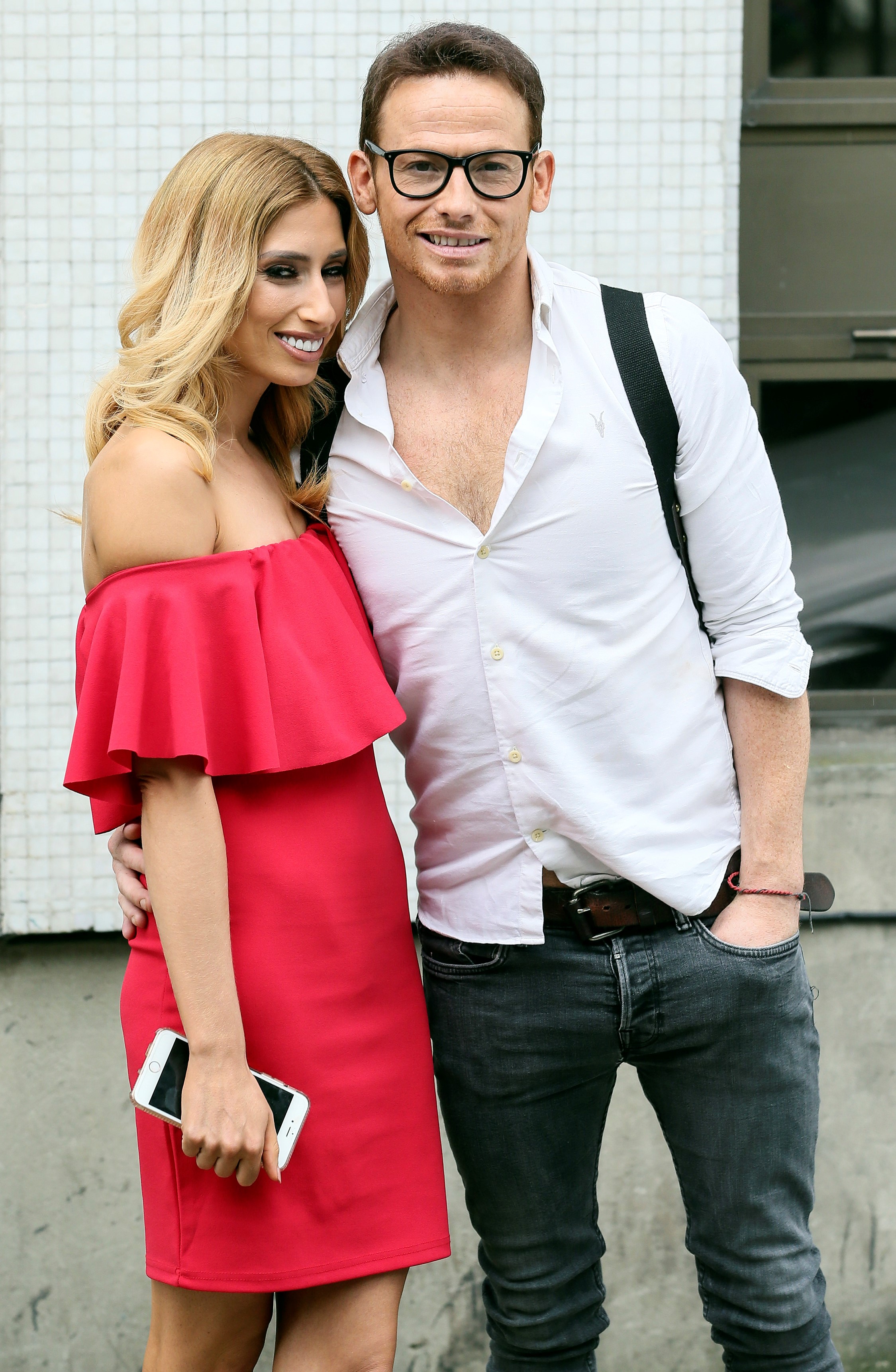 The couple have been together since 2015 but Stacey recently explained they wanted to take their romance slowly for the sake of their children and now the couple believe they have a successful family set up.

She told The Sun's Fabulous magazine: "We do worry about our children because they're not from a 'normal' 2.4 kid family.

"So Joe and I have been really conscious not to move too fast, and it was only when the kids seemed fully on-board that we thought, 'OK, we can do this.'

"It doesn't mean everything is blimmin' fantastic all the time, but the kids are happy, we're happy, and that's exactly where we want to be. We want to be as much of a blended family as we can, and I think it's working."

Classic palm tree picture 🏝 my world 🌍 I honestly can’t believe all of our eyes are open in this picture. Hope you’re all enjoying your summer whatever you’re doing 💙

Stacey recently did her "full day back at work" since welcoming their little boy Rex.

She said: "I felt really emotional today but the reality for me was that I was able to bring Rex with me, to a job that I absolutely love, doing something I really enjoy.

"P.S Rex isn’t in this project I just stole a sneaky pic of the two of us while we were both there, and I was fully made up and dressed in actual clothes."