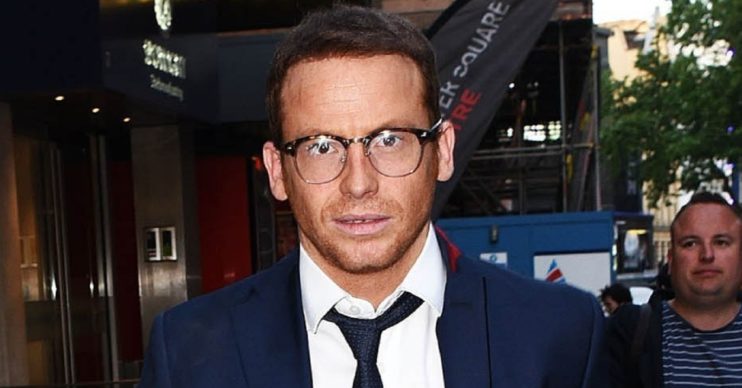 "Get Stacey on the case!"

Presenter Joe Swash has revealed he likes the idea of a woman with “three boobies” in a bizarre admission on Scarlett Moffatt‘s podcast.

Chatting with the former Gogglebox star and her boyfriend, Scott Dobinson, on their BBC podcast Scarlett Moffatt Wants to Believe, Joe discussed the possibility of humans eventually living on other planets.

What did Joe say?

The former Extra Camp host, 38, said on the show: “[The] idea was that we came from another planet, because we burnt that planet out and inhabited this planet.

“They’re doing the same thing now. They’re talking about trying to do something to Mars. To kind of reignite the atmosphere [as we try] to repopulate other planets.”

He added ominously: “I just think, we’re doing it again, ain’t we?”

Being with someone with three boobs.

Scott, noting the parallels with science-fiction, said: “Arnie [Schwarzenegger] already did that in the ’80s, didn’t he? Was it Total Recall, that film?”

Joe asked: “Was that the [one with the ] bird with three boobies?”

In the 1990 film Total Recall, Schwarzenegger’s character Quaid travels to a colony on Mars and meets a woman with three breasts.

Joe added, laughing: “Listen, if girls have got three boobies, I’m there.”

Scarlett, in hysterics, said: “Scott’s not commenting because I’m sat next to him.”

“Imagine the back ache though,” Scott said, thinking realistically. “There’s a lot of back ache in that, isn’t there?”

“There would be back ache,” Scarlett admitted.

Joe, grinning, clarified: “I’m not thinking about having three boobs! Just like… being with someone with three boobs.”

At that, Scarlett suggested Joe should approach his girlfriend, Loose Women favourite Stacey Solomon, about his fantasy.

“Get Stacey on the case!” she insisted. “I’m sure you get get, like, fancy dress, three-cup bras.”

Read more: How did Stacey Solomon and Joe Swash meet? The couple were in relationships with other people

Last month, Scarlett appeared on Loose Women via video link to chat about her new podcast, which sees her opening up about her most controversial believes – and having them scrutinised by sceptic Scott.

She caused a stir among viewers, though, when she claimed to have been abducted by aliens when the bright lights from their spaceship lit up her bedroom. Scott, she confessed, was certain it was simply car headlights.