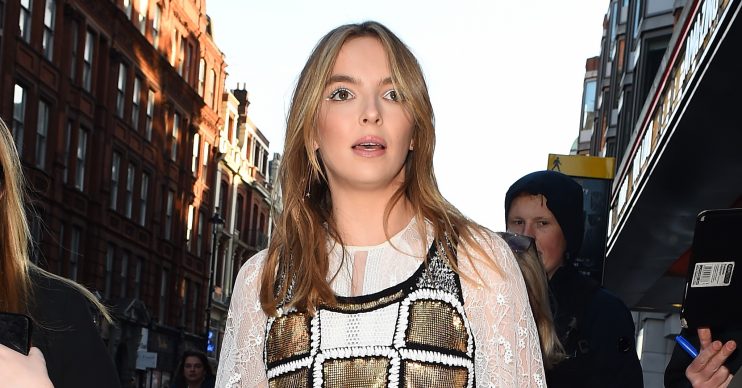 It's a far cry from Killing Eve

Jodie Comer has been tipped to play the sweet-natured Miss Honey in a musical version of Matilda.

The movie is set to star Ralph Fiennes as wicked headmistress Agatha Trunchball.

It is “a top priority” for Hollywood, according to reports.

Ralph Fiennes has been officially aligned with the movie.

It will be directed by Matthew Warchus.

However, exactly when filming will start is yet to be resolved – the team will have to wait until lockdown ends.

After that, Fiennes will have to sort out a backlog of filming accumulated during the pandemic.

But as foreign travel is off limits, it is possible the rest of the cast could be sought in the UK.

Therefore Jodie, who is hot property right now, is right at the top of the list.

Emma Stone in the running

The Daily Mail reports that Emma Stone was in the running for the role.

However, that was back in January.

Since then, lockdown rules have made it tougher for stars to travel.

And Jodie is now the favourite.

Meanwhile fans are used to seeing Jodie play quite a different character to Miss Honey.

Villanelle in Killing Eve is a psychopath. An assassin for hire, she is often in violent scenes.

In contrast, Miss Honey is the kind-hearted teacher in Roald Dahl’s novel who befriends Matilda.

Dennis Kelly and Tim Minchin turned it into a musical, which Matthew Warchus then staged.

But Jodie Comer’s desire to play Miss Honey could be hampered by the fact that she’s contracted to do series four of Killing Eve.

Plus, she’s required to complete work on Ridley Scott’s swashbuckler The Last Duel, which was shooting in Ireland when the shutdown started.

In fact, co-star Matt Damon has been holed up in Ireland since filming for that began.

If Matilda does get filmed, it is likely to happen at the end of this year or even in 2021.

Do you think Jodie would make a good Miss Honey or are you too used to seeing her as the villain? Go to our Facebook page @EntertainmentDailyfix and leave a comment to let us know what you think.