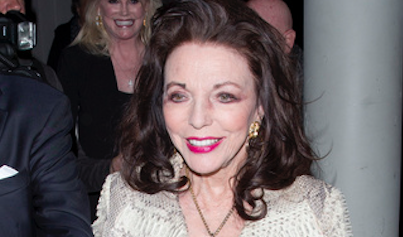 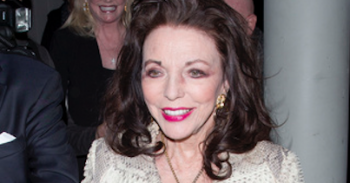 Dame Joan Collins has praised the NHS and firefighters after a fire ripped through her London home on Saturday afternoon.

The Dynasty star, 85, shared a series of updates across her social media accounts about the “terrifying” blaze.

Film legend Joan can be heard muttering “oh God” in a video shared on Instagram that shows the devastating damage to her flat.

Going by the footage, all that appears to remain of her home are the bare walls and a few metal wall fixtures.

She captioned the video: “The remains of the day… see my recent #tweet Thank you @londonfirebrigade.”

The firefighters’ social media account replied saying they were glad to have helped but were “so sorry you had experience this.”

Over on Twitter she thanked the London Fire Brigade again for putting out the “terrifying fire” and husband Percy Gibson.

She wrote that Percy is her “hero” as he had battled the flames with a fire extinguisher by himself.

THANK U from the bottom of my ❤️ to the marvelous @LondonFire who attended to the terrifying fire yesterday in our flat. #threealarmfire My hero Percy had already doused the flames consuming the entire wall with handheld extinguisher (#donttakethisrisk). #gratitude #firefighters

A further tweet thanked the NHS for treating herself and Percy for “smoke inhalation” and for comforting her.

She finally thanked the police “who kept the street closed and everyone safe.”

And thanks also to the @NHSEnglandLDN #nhs #emt #Ambulance crew who took care of our smoke inhalation and comforted me. And the wonderful @metpoliceuk who kept the street closed and everyone safe. #gratitude

According to the BBC, The London Fire Brigade were called to a seven-storey building on Eaton Place, Belgravia at about 4.30pm on Saturday.

Around 10 firefighters worked to put out the fire which was under control by around half five in the evening.

A spokesperson for rhe London Fire Brigade said: “Part of a flat on the first floor of the seven-storey building was damaged by the fire. Two people left the property before the brigade arrived.”