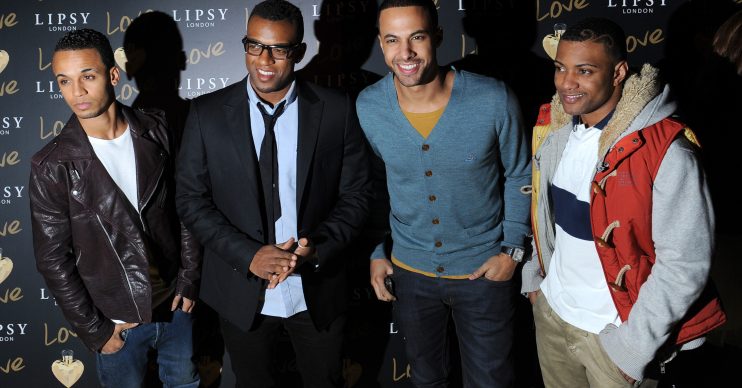 This is not a drill!

It’s been seven years since JLS hung up their microphones, and they’ve talked about a reunion a lot but now, it really is happening – there are tour dates and everything!

Marvin, JB, Oritse and Aston – who sold ten million records and landed five No1s – became one of the biggest acts of an entire generation.

Since then each have enjoyed a life outside of the band, from successful careers as TV and radio presenters, and Strictly Come Dancing to farm life.

Though there was also the ultimate low, a rape allegation.

But throughout the ups and downs, and life post JLS, the four lads from London have remained close.

Speaking to The Sun Online earlier this week, JB Gill let slip that talks to reform were finally going ahead.

We just thought, ‘It kind of feels like it’s time now’. It’s not about money, it’s the right thing to do.

He said: “We are all very much in touch, we’re still brothers. We met up recently, a few weeks back, and we’ve always said when the time’s right we could do something. So a reunion… never say never.”

IT’S TIME!! Our #BeatAgainTour is coming your way this Nov/Dec. We can’t wait to be reunited with you all! Register for pre-sale access before Tues 18th 3pm General sale starts Fri 21st at 9am!

And the reform has been four years in the making, while the group supported Oritse through his darkest days.

As Oritse battled to clear his name following the rape allegation in 2016.

He was charged two years later and, in 2019, faced a nine-day trial at Wolverhampton Crown Court, where a jury acquitted him in two hours.

Talking about the reunion, TV personality Marvin Humes said in a statement: “The last time we got together we just thought, ‘It kind of feels like it’s time now’. It’s not about money, it’s the right thing to do.”

Read more: Are JLS set to make a comeback?

The dad-of-two added: “This is about nostalgia, celebrating what we did and what we had together, and giving the fans what they’ve been asking for.”

Aston added: “We like to reminisce about that era, but I don’t think I really miss it.”

The band were famous for their partying, enjoying the high life of living it up in London.

Following their party days, Aston and Marvin have since settled down and have wives and kids.

“I like sleep now. I enjoy a good six hours. Kids down and it’s straight to bed,” Aston said.

He added that the parties will minimal: “We’ve all got to be up for the school run!”

Fans are thrilled to have the band back together for a tour with one person saying: “FINALLY SOMETHING GOOD IN 2020.”

Another wrote: “OMG I can’t wait,” while a third added: “Honestly cannot wait.”