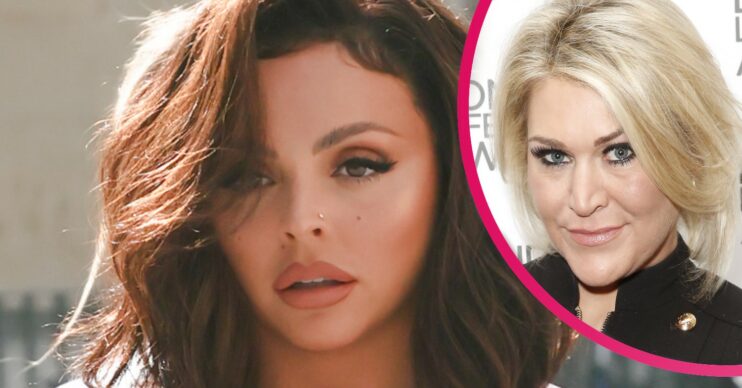 The S Club 7 star says she can relate

Jesy Nelson is showing off her “hot girl summer” body in a daring bikini on Instagram.

The former Little Mix star, 30, looked sensational as she posed in a barely there white two-piece.

With her curly hair styled naturally, Jesy pouted away in a series of sultry snaps.

Posting the bikini photos on Instagram, Jesy captioned them with: “I’m a summer baby.”

With her ripped abs firmly on display, she also showcased her ample cleavage and array of tattoos.

Her army of fans rushed to compliment the singer.

One user wrote: “What a Goddess!” while another user enthused: “You look so good babes.”

And a third user raved: “You look unreal!” and a fourth user praised: “Jesy! My God here comes the Goddess.”

What has Jo O’Meara said about the singer?

In fact, she said in a recent interview that she also felt like “the ugly one” while in the pop group.

Speaking to The Sun, she said she felt bigger than the other female band members, and not as attractive.

She lamented: “When I look back, I wasn’t that big really. But because I was standing next to three absolutely stunning girls, I was always ‘the ugly one that sang the songs’.”

Then adding: “I can totally relate to Jesy and how she feels because it’s a very real thing, body shaming.”

What has Jesy Nelson said about trolls?

Indeed, Jesy has often spoken out about the vile online bullying she’s received.

And that she constantly felt compared to the other members of Little Mix.

What’s more, she’s even said she now feels “free” to be herself since quitting the girl group.

Speaking to Cosmopolitan UK Jesy said: “Since I’ve left, I feel free. I don’t wake up with anxiety, thinking, I’ve got to do a music video today, I need to starve myself.

“Or I need to go on an extreme diet so I can look like the other three.”

Meanwhile in her heartbreaking BBC documentary, Jesy Nelson: Odd One Out, she elaborated on the trolling she’s received.

She said she wasn’t able to enjoy winning The X Factor with Little Mix as the online trolling immediately began then.

She explained: “It became the worst time of my life. I wasn’t just known as one of the singers in Little Mix, I was known as ‘the fat, ugly one’.”