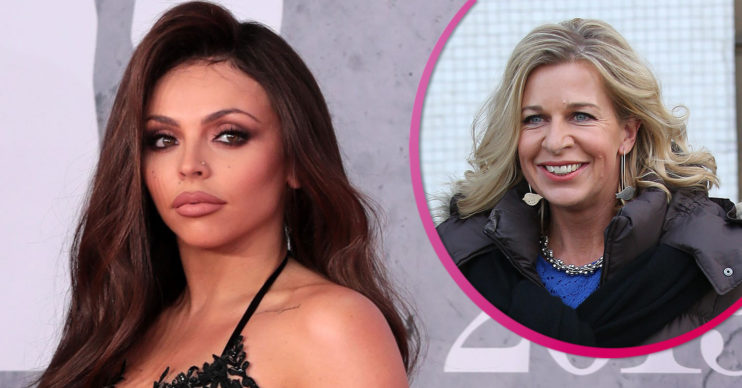 Jesy Nelson has hit back at Katie Hopkins after she branded her “desperate and weak” for sharing racy photos.

However, Katie took aim at Jesy and called her out on Twitter – something that’s been met with much criticism.

These desperate daily pics are showing that contrivance of a documentary to be darn insincere.

Girls. Be better than this. Beauty is in strength, not weakness that needs validating daily. pic.twitter.com/spPSjLYhK6

One showed the singer posing in a bikini while the other showed Jesy showcasing her incredible abs.

Katie wrote on Twitter: “These desperate daily pics are showing that contrivance of a documentary to be darn insincere.

“Girls. Be better than this. Beauty is in strength, not weakness that needs validating daily.”

However, it seems Jesy hit back as she decided to post another photo of herself to Instagram.

The picture showed the star showing off her toned abs in a crop top and trousers.

She captioned the post: “Have another one hun,” followed by a wink face emoji.

She wrote: “Husband: ‘Why are you trending on Twitter?’ Me: ‘Because I asked girls to be strong.'”

She has strength, she has beauty, and she has a heart that only you could dream of having.

In her BBC Three documentary Jesy Nelson: Odd One Out, Jesy said she “starved herself for a week” before performing on The X Factor back in November 2013 after receiving comments about her weight.

After this X Factor performance, Katie had tweeted: “Packet Mix have still got a chubber in their ranks. Less Little Mix. More Pick n Mix.”

Speaking about the abuse in the moving programme last year, Jesy said: “All I remember feeling at that time is what’s the [bleep] point?

“I starved myself for a week and I’m still getting called fat.

“That is the pinnacle point for me when I got severely depressed and it just spiralled out of control.”