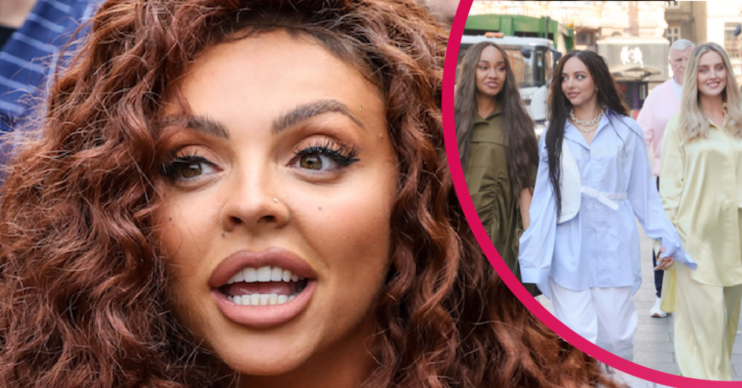 But insists there is 'no bad blood'

Former Little Mix star Jesy Nelson has told Graham Norton that she no longer speaks to her ex-bandmates.

Jesy – who left the girl group last year – appears on tonight’s (October 29) The Graham Norton show where she addresses the feud.

She tells the talk show host: “We’re not talking any more.

“It is sad but honestly there is no bad blood from my side, and I still love them to pieces and genuinely wish them all the best.

“I loved my time with them, and we’ve got the most incredible memories together but it’s just one of those things which needs to take time, so who knows.

“To me they are still the sickest girl band in the world.”

When is Jesy Nelson on The Graham Norton Show?

Jesy will be giving a TV exclusive of her debut single Boyz on the show before she joins Graham for a chat.

She also opened up about P Diddy’s cameo in the Boyz video, saying: “From the moment I wrote the song I knew I wanted him in it.

“He heard the song and loved it and then said he would be in the video.  I feel like he definitely thought I was in the Spice Girls!”

The singer has been embroiled in a row with Little Mix star Leigh-Anne Pinnock.

In one, believed to sent from Leigh-Anne’s profile, it read: “She [Jesy] blocked us. Cut us off. Horrible person.”

‘Blackfishing’ is a term that refers to white people altering their appearance to appear of Black heritage.

Nicki appeared to aim some barbed comments at Leigh-Anne, calling her ‘jealous’ and a ‘clown’.

Fans of Jesy and Little Mix were shocked as Jesy seemed to laugh along with Nicki instead of shutting her comments down.

Many found it hypocritical after Jesy spoke out about online bullying in her documentary Odd One Out.

The row has rumbled on with Little Mix announcing a new track called Cut You Off, which fans are convinced is about Jesy.

While she didn’t specifically name anyone in the message, the post could be directed at Leigh-Anne.

Jade penned: “When bullies deliberately, and under-handedly, set out to hurt someone they never expect to get caught.

“That’s why they try to get other people to do it for them.

“However, when they are exposed and the victim simply stands up for themselves the bully quickly tries to turn the tables to make the victim take the blame.

“That’s what bullies do.”

Supporting Jesy, she added: “I was taught never to be intimidated by bullies, but to stand up for myself when I have been wronged.

“My sister was targeted and bullied throughout her career. The people who knew her best knew the exact extent to how bullying affected her.

“They should also know the potential impact of this new wave of bullying could have.”