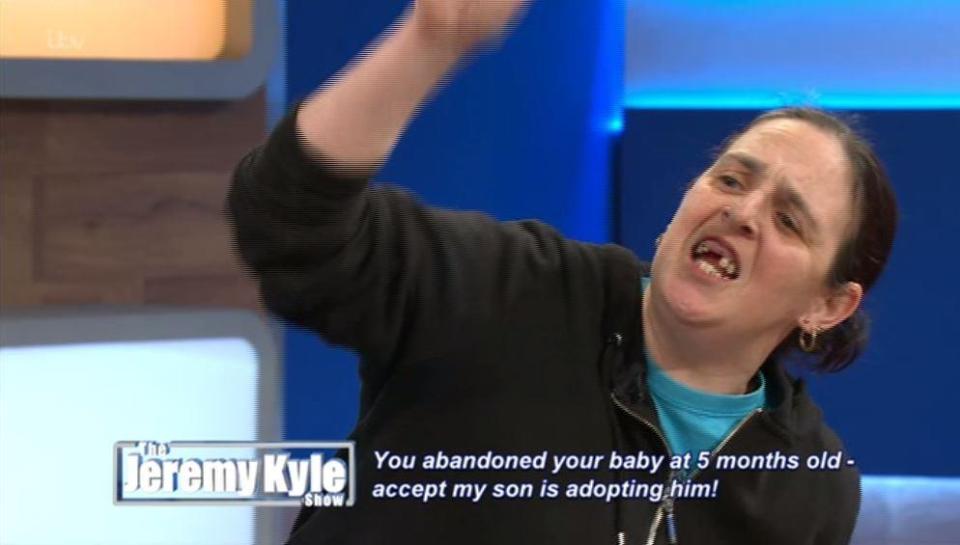 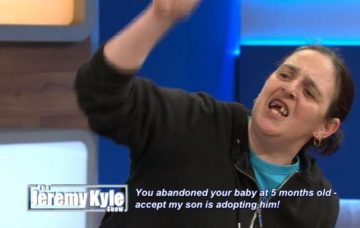 Jeremy Kyle fans are a hard bunch to shock, but guest Kathleen managed the impossible yesterday.

The grandmother appeared on ITV’s tabloid-style talkshow to discuss a custody battle, but viewers were immediately startled by her appearance.

And when she announced her real age, some fans believed they must have misheard!

On Thursday (3 January), Kathleen took part in Jeremy’s show in order to confront her son’s girlfriend’s ex-boyfriend Craig for abandoning his baby. Yes, it was complicated…

Defending her son Steven, who wants to adopt the baby with his new girlfriend, Kathleen had a shouty showdown with Craig for being an absent dad and saying her son would make a more dependable father figure to the young boy.

However, it was when Kathleen revealed she was 38 that fans flocked to Twitter to share their shock and surprise.

A third added: “There is no [bleeping] way in the world that she is only 38 unless you are counting in decades! #jeremykyle oh [bleep] me look at those no teeth!”

#jeremykyle toothless wonders and cousins mating with each other today… 38? She looks in her 50s

Roses are red
violets are blue
If she's 38
she’s sniffed too much glue!#jeremykyle

During the show, a recap from last year, Kathleen – forever to be nicknamed toothless gran – went on to claim that her son’s girlfriend’s ex Craig is violent and shouldn’t be near the baby.

While she insisted her son should become the legal guardian of the tot, bolshy host Jeremy questioned why Kathleen was getting involved at all as it was nothing to do with her!

The new series kicks off on Monday (7 January).

Do you enjoy watching The Jeremy Kyle Show? Leave us a comment on our Facebook page @EntertainmentDailyFix and let us know what you think!