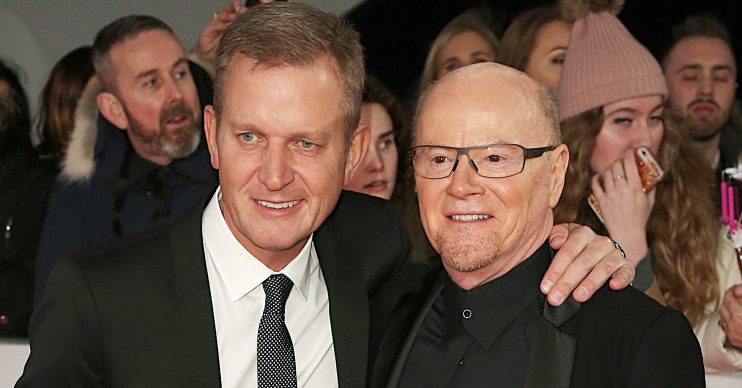 Their show was axed earlier this year

Jeremy Kyle has reunited with therapist Graham Stanier for Christmas months after their show was axed.

The Jeremy Kyle Show was cancelled back in May following the death of one of its guests, Steve Dymond.

On Christmas Day, Graham shared photos of Jezza cutting into some turkey and the pair alongside the presenter’s son Henry to Instagram.

Fans were thrilled to see the pair together with one person writing: “Merry Christmas. Miss you lot in the mornings still.”

Merry Christmas. Miss you lot in the mornings still.

Another said: “Hope you’ve had a fabulous day,” while a third added: “Hope to see you back in 2020, hope you’ve all had a great Christmas.”

Earlier this month, fans of the show were thrilled when Graham reunited with security guard Steve.

Graham captioned the picture with: “Great to catch up with our Steve today.”

Great catch up with our Steve today.

The hit daytime show was cancelled in May after 14 years on air following the suspected suicide of Steve Dymond.

He had reportedly failed a lie detector test while appearing as a guest on the show, and was said to have been worrying about the repercussions.

At the time, ITV’s chief executive Carolyn McCall released a statement which said: “Given the gravity of recent events we have decided to end production of The Jeremy Kyle Show.

“The show has had a loyal audience and has been made by a dedicated production team for 14 years, but now is the right time for the show to end.

Jeremy also spoke out at the time, saying in a statement: “Myself and the production team I have worked with for the last 14 years are all utterly devastated by the recent events.

Do you miss the show? Leave us a comment on our Facebook page @EntertainmentDailyFix and let us know.