The Jeremy Kyle show has seen its fair share of shocking stories, but this one definitely topped them all.

Jezza was left speechless when a guest revealed she thought her boyfriend was cheating on her because she found a “crunchy sock” belonging to him.

Steph explained that her partner hadn’t returned home immediately after work, which led her to search his luggage when he arrived home.

That’s when she found THE sock. 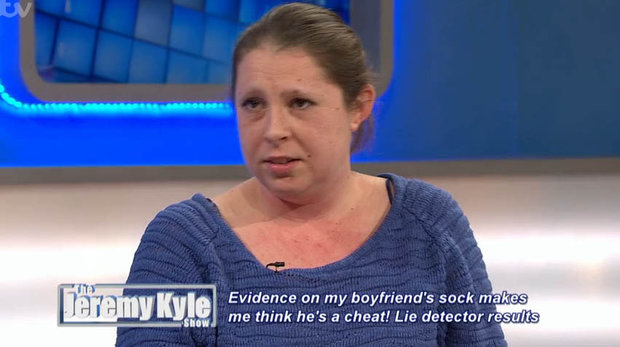 She said: “I found the crunchy sock in his washing. It had like… man-juice on it.”

The audience erupted into laughter as she added: “I just feel like he’s cheated.”

Jeremy joked: “With his sock?!”

“But he could have used it to cleanse himself.”

The funfair worker argued that he’d used the sock to blow his nose. 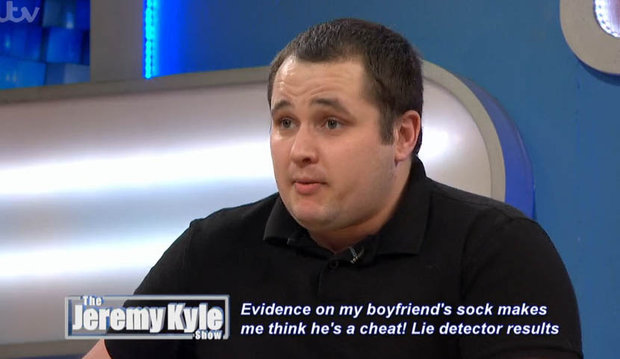 He said: “I blew my nose. There were no tissues so I reached over to my washing, pulled out the sock and blew my nose on it.”

This is getting cringey now…

Jeremy then took over, saying: “I never thought all those years ago I’d be wondering on national television whether a man had blown his nose on a sock or ejaculated on it.

“Eat your heart out [Phillip] Schofield.”

The lie detector test finally revealed that in fact he did not cheat, and everyone was happy. 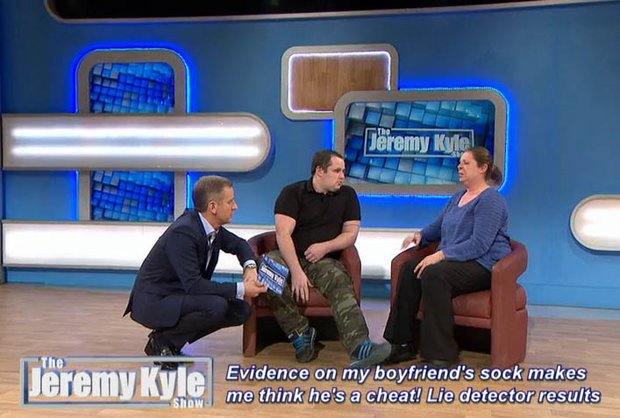 Many viewers took to Twitter to voice their opinions.

One wrote: “I’m off to the funfair. Meet me on the Dodgems. Bring your own sock.

Another added: “Right, I’m off to do some washing. Going to check his lordship’s socks for any crunchiness. Better get my marigolds on.”

What a bunch of jokers.