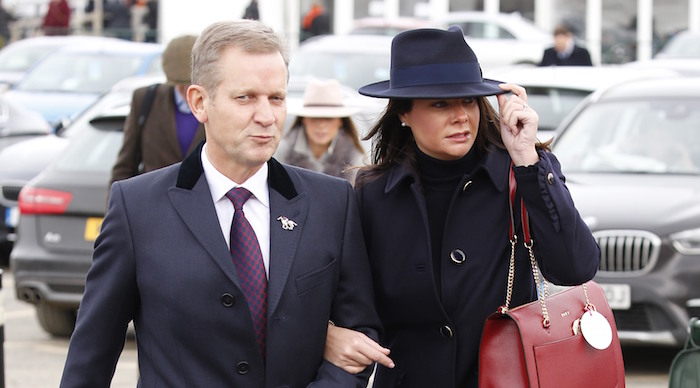 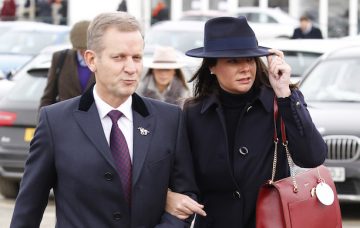 It's likely to be in Barbados

Jeremy Kyle is said to be marrying his kids’ former nanny next year in a fancy Caribbean ceremony.

The controversial TV star and his sweetheart Vicky Burton have reportedly told friends and family to keep summer 2020 freed up for their big day.

Their relationship seems to have gone from strength to strength since, with The Jeremy Kyle Show host revealing to Lorraine in October last year how Vicky has ‘changed his life’.

It’s fitting that they plan to tie the knot in the Caribbean, as Jeremy owns a home in Barbados and the two regularly jet off for romantic holidays on the island.

According to The Mirror, a source said: “Jeremy has been telling those closest to make sure they are available next summer as that is when he is looking to marry.

“The pair haven’t confirmed an exact date but have started thrashing out plans – with the Caribbean being one of their main destination choices.”

They continued: “But what is important to them is having their friends and family at the bash, if it is abroad they just have to firm up all the logistics. But for the moment it’s looking like it will be somewhere tropical.”

Jeremy confirmed his romance with Vicky a little over a year after he split from his second wife Carla Germaine.

But rumours of potential wedding bells for him and Vicky started circling among friends and family just months into their relationship.

“The wedding is likely to take place in Barbados, with the ceremony or reception at Jeremy’s home.”

The source also explained how Barbados is “their sanctuary” as it was “the place they could first be together openly”, adding: “It’s where they were able enjoy themselves as a new couple in love rather than staying hidden away from the public eye.”

Vicky was once a nanny to Jeremy’s children with ex-wife Carla – 15-year-old Alice, 13-year-old Ava and nine-year-old Henry.

Read more: Jeremy Kyle guest faked his OWN kidnapping for just £80 ransom from his pregnant wife

Jeremy and former model Carla were married for 13 years before their divorce in 2016, during which she cited his “unreasonable behaviour”.

He also has a 28-year-old daughter, Harriet, with his first wife Kirsty Rowley. They wed in 1989 but the marriage lasted just a year.

Are you looking forward to hearing about Jeremy’s big Caribbean bash? Leave us a comment on our Facebook page @EntertainmentDailyFix and let us know!