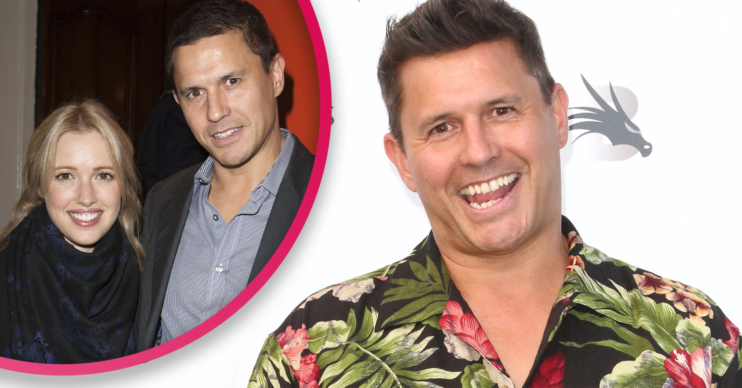 Congrats to Jeremy and Lydia!

Jeremy Edwards has revealed that he and his wife Lydia Metz are expecting their second baby.

The former Hollyoaks, Holby City and X Factor: Celebrity star, 49, revealed the he and Lydia went through a “stressful” IVF process to conceive.

They are already parents to adorable daughter Scarlett, three.

What did Jeremy Edwards say about the new baby?

Speaking to OK! magazine, Jeremy said:  “We’re incredibly excited, but the main feeling has been relief. Scarlett was conceived through IVF and so was this baby. We feel very blessed, as the process is actually really tough on Lyds.”

Lydia added: “It’s very stressful, but we feel so lucky that it worked both times for us on the first attempt.

It’s a lot to go through, especially if it doesn’t work, so we’re really excited and thankful that this happened.

“It’s a lot to go through, especially if it doesn’t work, so we’re really excited and thankful that this happened. We found out in July and I’m due at the end of March. I’m just coming up to six months.”

Jeremy added that the IVF process was “delayed” because of the coronavirus pandemic.

But a “small window” of opportunity appeared in June, the couple said.

And they went for it.

Jeremy said he felt sorry for his wife because of “invasive journey” and that there were no “guarantees” it would work.

Who else has had good news?

Jeremy isn’t the only celeb who has announced a new arrival via IVF.

Last week, Mike Tindall and daughter of the Princess Royal, Zara Tindall, announced that the couple is expecting their third child.

“It’s been a good week for me, had a little scan last week – third Tindall on its way,” he said on his rugby podcast.