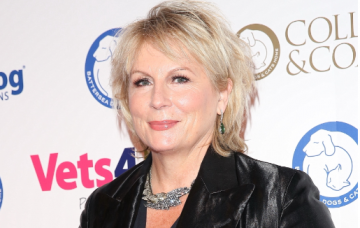 June’s death was confirmed on Saturday

Jennifer Saunders has paid tribute to Absolutely Fabulous co-star Dame June Whitfield after the actress passed away at 93.

Responding to the death of her “dear friend”, Jennifer said she will miss June “hugely”.

“She lived and worked with an extraordinary grace. Everything June did was perfectly measured. She was so loved and I will miss her hugely.”

June’s death was confirmed on Saturday (December 29) by her agent, who said the star died peacefully on Friday night.

She told ITV News she is “heartbroken” to have lost “such a darling friend” and went on to praise June’s “sensational talent, humour and her generosity”.

Other stars offered their thoughts for June, including comedian Julian Clary, who told Twitter followers he “adored” the late actress.

God bless. How I adored her. https://t.co/ZRwf5KWMap

#JuneWhitfield ‘s incredible career in British comedy stretched all the way from ‘Hancock’s Half Hour’ to ‘Absolutely Fabulous’. She was always there, always being brilliant. @ferrifrump wrote June one of the funniest lines in television history… https://t.co/zFeBkCgksY

Julia Sawalha, who appeared in Ab Fab as June’s on-screen granddaughter Saffron, thanked her on Twitter and said she was “in awe” of her.

Thank you #damejunewhitfield,for teaching me my craft with such grace and dignity.I always wanted you to know how in awe of you I was, however, you were always far too humble to accept my https://t.co/2wc2G3bQ0G were a great source of inspiration to me. Bye-bye Gran.🙏🏻💕

To add to tributes – June Whitfield during #AbsolutelyFabulous – a wizz at the crossword , perfection with feed lines and kindness itself

June was well-known for her part in Absolutely Fabulous but her glittering career spanned eight decades, starting in 1953 with a role in BBC radio comedy Take It From Here.

Her other notable roles included a number of appearances in the Carry On films.

June was made a dame in the 2017 Birthday Honours for services to drama and entertainment.

Speaking at the time, she told the Press Association: “It’s absolutely remarkable. One feels so honoured and proud.”

What’s your favourite June Whitfield moment? Leave us a comment on our Facebook page @EntertainmentDailyFix and let us know what you think of this story.