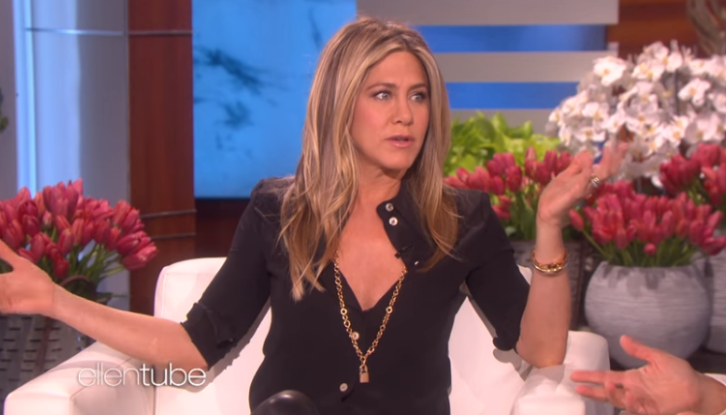 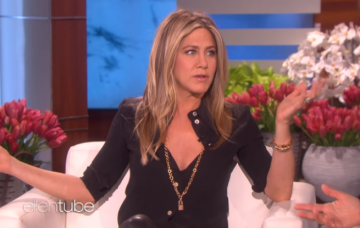 Will they be there for us again?

Our favourite Nineties girl band are getting back together so how amazing would it be if our fave TV show from back in the day followed suit?

We’d love to see Ross, Rachel, Monica, Phoebe, Joey and Chandler reunite like the Spice Girls and be back on our screens again.

Speculation has been rife that the show could be revived as a TV series, or even made into a film, revealing where the comical, coffee-loving gang are now.

Now Jennifer Aniston has admitted she wouldn’t rule out a return for Friends as she appeared on The Ellen DeGeneres Show.

The host raised the subject as she showed a throwback snap of Jen with her old cast mates.

She said: “You should do a Friends reunion! I know it’s always asked but is it even in the realm of possibility?”

Jennifer replied: “Anything is a possibility, Ellen. Anything! I mean, George Clooney got married!”

She added: “That’s like, anything can happen! I think it’s wonderful.”

Oooh, now she’s got our hopes up!

But for now, Jen will be returning to TV screens with another of her former Friend’s co-stars, Reese Witherspoon, who played her sister Jill in the long-running comedy.

Speaking about the yet-to-be-named show, which will air on the forthcoming Apple Network, she said: “It doesn’t have a title yet but it takes place behind the scenes of the New York media world, the morning talk shows and all of that fun that’s ripe at the moment.”

The 48-year-old actress said there will be plenty of drama as “there’s all the competition that goes on behind the scenes, it’s all been quite enlightening.”

Reese has already shared her excitement about the show on Instagram, posting a picture of her and Jennifer with the caption: “So excited to be reunited with this one-of-a-kind lady #JenAniston as we make our TV show for @apple. Can’t wait for y’all to see it! #funthingstocome #stay tuned #Apple”

It seems Apple if confident the show will be a hit as they have already agreed to buy two seasons, making 20 episodes.

Could they commission a Friends revival as well, please?!