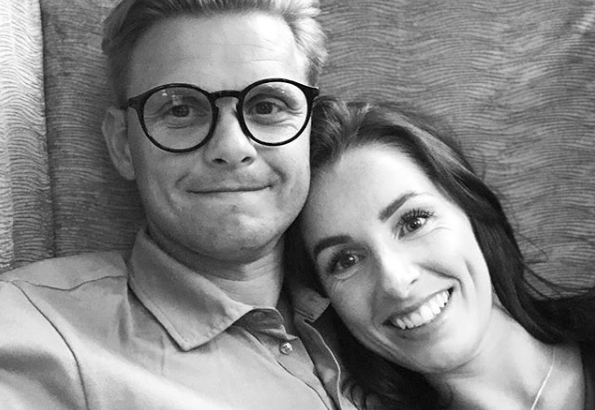 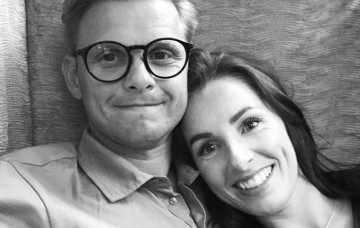 The newlyweds visited Cuba and Mexico

Jeff Brazier and his new wife Kate Dwyer have given us serious couple goals, after sharing a selection of stunning snaps from their recent honeymoon.

And we’re not a bit ashamed to admit we are totally jealous (with the husband AND the sun-drenched locations).

The pair got married last September in Portugal, but only just managed to go on honeymoon to Cuba and Mexico.

Sharing photos of their beautiful getaway, TV presenter Jeff told his 90,500 Instagram followers that it was time “to celebrate their future”.

In Havana, the couple stayed in a luxury five-star hotel where he shared photos from the rooftop pool, particularly one of him attempting to recreate the famous James Bond scene emerging from the water.

And we think he just about pulled it off!

Posting a beach selfie with his PR wife, now called Kate Brazier, Jeff wrote: “Yesterday had everything. The @habitastulum was stunning, incredible food and drink, made friends, met lots of kind and inspiring people and ended up at a beach party. Paying for it now but who cares. Perfect day, thank you.”

After enjoying their time in Havana, Jeff and Kate then travelled to Tulum in Mexico where they enjoyed more precious time together.

Jeff told his followers: “I couldn’t be more impressed with Tulum. It’s like a bohemian beach version of Shoreditch. Everything is just so cool, like the basket on my bicycle.”

As well as making amazing memories and visiting Mayan ruins, Jeff and Kate shared a few Mojitos, and couldn’t help but share their happiness on social media.

On their last day in Mexico, Jeff told his fans: “Sad to be leaving Tulum. Happy I got some colour in my cheeks. Sad the honeymoon is over. Ecstatic to see my children.”

The couple’s wedding was exclusively covered by Hello! Magazine and Jeff’s sons Bobby, 15, and Freddy, 14, were their dad’s best men at the ceremony.

Speaking to the magazine at the time, 39-year-old Jeff said: “This isn’t just any wedding, this is a really special one.

Now, in a blog about the honeymoon with the same magazine, Jeff revealed they enjoyed romantic walks and cocktails during their time away.

He wrote: “We made sure to sample lots of the local rum, although made the mistake a couple of times of asking the barmen to ‘surprise us’ with a cocktail, the strength of which we Brits just aren’t used to!”

He went on to say that Tulum in Mexico “exceeded all of our expectations straight away”.

He said: “I can honestly say I was not even slightly hungry for the whole five days as we kept eating more and more delicious food…

“We really wanted to visit some Mayan ruins and learn about the culture from that era, so we headed to Coba, which is less than an hour up the road to see some of the most well preserved archaeological sites.

“I climbed up the biggest one, but Kate wasn’t a fan of the almost vertical drop!”

Kate has taken on the role of step-mum to Jeff’s two boys, who lost their mum Jade Goody to cancer nine years ago.

Are you a fan of Jeff Brazier? Leave us a comment on our Facebook page @EntertainmentDailyFix and let us know what you think!