Jeff Brazier has opened up about his sons' grief following their mother's cancer diagnosis and subsequent death.

Jade Goody died on Mother's Day in 2009 after being diagnosed with cervical cancer. Tragically she was only 27 when she passed away, leaving Bobby and Freddie without a mum.

In a new film, dad Jeff - who had already split up from Jade before she died - admits his sons were "all over the place" after Jade told them she was dying.

In an emotional life insurance advert for Betty.co.uk, Jeff speaks directly to the camera urging parents to take life insurance policies out for the sake of their children.

Jade Goody tragically passed away from cervical cancer in 2009. Jeff Brazier explains the importance of ensuring your family is protected should the worst happen. https://t.co/lFotFA2Y7Q helps parents find the right life insurance, for free. pic.twitter.com/nb81KLIKvW

Jeff, now 39, says: "It's insanely unfair that they were robbed of someone that was such an incredible mum."

He continues: "I remember when Jade bravely told them that she was going to heaven.

I remember when Jade bravely told them that she was going to be going to heaven.

"For six months after that, they were absolutely all over the place."

He adds: "From the moment your children are born and you hold them in your arms and you realise how small and fragile they are.

"I think you immediately become their protector."

He then insists on the importance of getting life insurance to protect your children incase anything happens to them, adding he'd feel like an "idiot" if he hadn't provided for his sons. 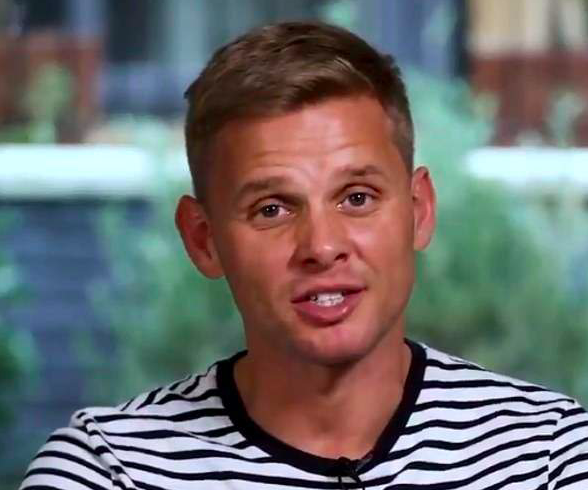 Jeff has raised his two sons since they were five and four (Credit: Betty.co.uk)

Jeff was in a relationship with Jade from 2002 until 2004, and has since married PR Director Kate Dwyer.

The couple wed in September last year, with Bobby and Freddie acting as Jeff's best men.

Jeff and Kate honeymooned in Havana, Cuba, before heading to Tulum in Mexico.

Do you remember hearing the news that Jade Goody had died? Leave us a comment on our Facebook page @EntertainmentDailyFix and let us know what you think!