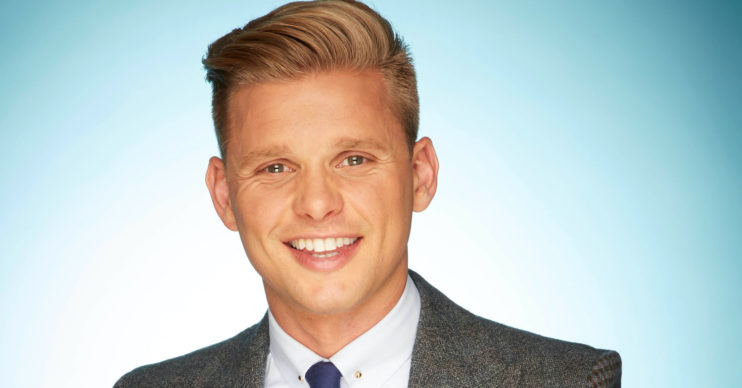 The presenter and his sons travelled around Cornwall in a campervan

Jeff Brazier has given fans an insight into his coastal break with his sons Bobby and Freddie.

The former Celebrity MasterChef star, 41, recently returned home from Cornwall, where the family travelled around in a cute red campervan.

Taking to Instagram, Jeff shared a series of shots as he documented their summer fun.

Another glimpse at recent adventures, memories made and much beauty discovered with these two. @vdubline are picking the campervan up today & there’s a good chance they’ll have to wrestle me for the keys. I could so easily get back on the road again for the weekend. I think North Devon will be next, lots of people are saying how beautiful it is there too. Where will your next adventure take you? #campervan #familytime #cornwall #roadtrip #sons #vdubline #memories

As well as taking in the sights from their trusty van, Jeff treated his sons to a spot of surfing.

The trio also visited plenty of beaches and went on long walks together.

Alongside the snaps, Jeff wrote: “Just sharing some holiday snaps taken over the last few days in Cornwall. Recognise any of the places?

“The boys and I set off early Sunday morning and what particularly made it special was borrowing a campervan from @vdubline which meant we could really explore the coastline and visit as many beaches as we could!

“Braving it with two teenagers was a potential risk to my general sanity. But we made some incredible memories and considering they almost cried when I told them I was taking them away for a few days, I know next time I say we’re off in the transporter they’d have their bags packed in minutes.

“Maybe it’s this sort of trip that I can rely on to always bring us together and keep creating those special times regardless of what age they are. I’m no camping expert but I’ve learned a lot over the past few days and I’m personally chomping to plan the next one. Get ready for a new experience @katebrazierpr.”

What did Jeff Brazier’s fans say?

Followers were quick to comment on the post, with one writing: “Making memories is what it’s all about. To treasure forever.”

Another added: “Boys are growing fast, you’re doing a great job Jeff. Hats off to you, Jade would be so proud of them xx.”

A third said: “Lovely memories for you all.”

A fourth gushed: “Brilliant! Nothing better than family, Cornwall and a camper.”

The TV star shares his sons with Jade Goody.

The late reality star died of cervical cancer in 2009, when sons Bobby and Freddie were just five and six years old.

Since her tragic death, Jeff  has ensured Jade’s memory is never too far away.

Back in June, the dad-of-two decorated a bedroom for 15-year-old son Freddie, which was filled with touching tributes to his mum.

He previously admitted that he banned his sons from watching a controversial documentary about Jade.

Jeff explained to the Daily Star: “While they are coming to the end of their childhood, and they are able to take on board more adult themes, I don’t think they are quite ready to watch a large percentage of what was being shown.”