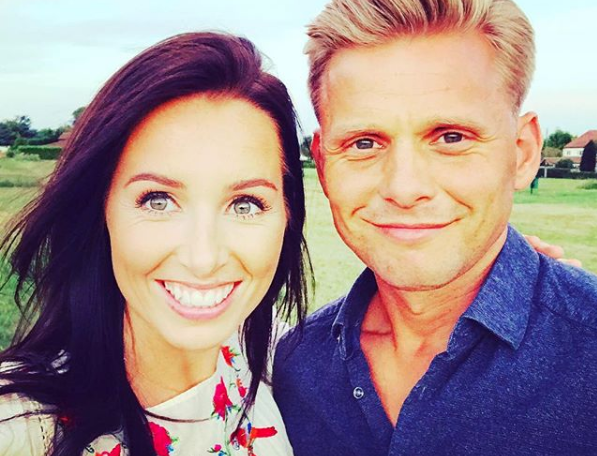 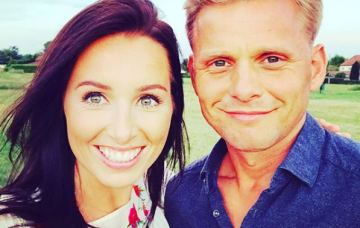 Jeff Brazier and fiancée Kate Dwyer have got married, according to reports.

The Mirror Online claims This Morning presenter Jeff and PR guru Kate got wed in a clifftop ceremony in Portugal covered by a glossy magazine.

It is believed the couple tied the knot in the Algarve resort of Tivoli Carvoeiro with Jeff’s sons Bobby, 15, and Freddie, 14, being his best men.

And it seems former footballer Robbie Savage let the happy news slip earlier today as he wished his fellow BT sport pundit all the best for his nuptials.

Best of luck to one of our team @jeffbrazier who’s not on the show today cos he’s getting married to @katedwyerPR. Have a great day both of you but make sure you’re back next week mate! Only one Saturday allowed off during the season!

Former Wales midfielder Robbie joked: “Have a great day both of you but make sure you’re back next week mate!

“Only one Saturday allowed off during the season!”

Jeff and Kate got engaged last October during a romantic holiday in Ibiza after four years together.

Read more: Fiancée of Jeff Brazier in tears over Mother’s Day gift from his and Jade Goody’s son

And just a couple of months ago, Essex-born Jeff vowed his boys would be a huge part of his big day.

The 39-year-old told the MailOnline: “They are my best men!

“We’ve been through a lot together, and to hear their speeches will be incredibly powerful for me, very poignant, a moment that will stay with me for the rest of my life.”

The boys’ mother, Big Brother star Jade Goody, passed away after a battle with cervical cancer in 2009.

Jeff admitted to Hello! magazine when the engagement was announced that he had sought his sons’ approval to get married.

“Both boys were intrigued by how it would work, how I’d do it,” he recalled.

@jeffbrazier asked me to be his wife and made me the happiest girl in the world. 💍💍🥂🥂👰🏻🤵🏼❤️❤️ Read @hellomaguk to find out more.

And having revealed “medium length plans” to expand their family, Jeff cannot wait to see how Bobby and Freddie thrive as older siblings.

He told Mirror Online: “We’ve discussed it, it’s going to happen. I think we’re working our way to it.

“What’s going to be exciting to me is seeing the kids as older brothers, they’ll be incredible. And it’ll teach them about other responsibilities for them.”

Jeff added: “It’ll be fantastic for me too, I’ll get to experience parenting within a relationship and actually be married, because I haven’t experienced that – not even as a child.”

Leave us a comment on our Facebook page @EntertainmentDailyFix about this story and let us know what you think.