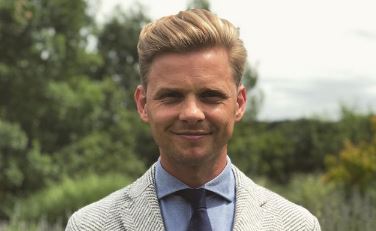 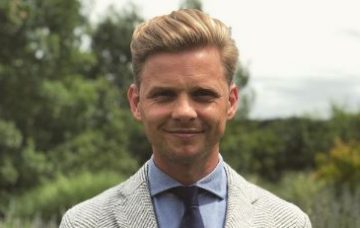 Jeff Brazier has said he “couldn’t be happier” after marrying Kate Dwyer.

The television presenter has confirmed reports he tied the knot with PR exec Kate in a romantic ceremony in Portugal on Saturday.

Their wedding was exclusively covered by Hello! Magazine, so hopefully we’ll get to see the bride’s wedding dress and all the sure-to-be beautiful pictures very soon!

Jeff, 39, told Hello! mag: “I couldn’t be happier. This isn’t just any wedding, this is a really special one.”

No details have been released just yet but we already know Jeff’s two sons Bobby, 15, and Freddy, 14, served as Jeff’s joint best men.

He has raised the boys as a single father since the tragic death of their mother Jade Goody in 2009.

“The thought of them giving a speech just makes me absolutely crumble,” he previously told Loose Women.

“They’ll pull something out of the bag. It won’t be all deep and meaningful. I’m sure they’ll chuck a load at me! But those words will mean something.”

Jeff and Kate announced their engagement in October, after Jeff got down on one knee during a romantic holiday in Ibiza.

They’ve been together for nearly five years, after meeting in 2013 when Jeff was filming for ITV in Mauritius and Kate was working on PR for the hotel where he stayed.

Jeff has often praised Kate both as a partner and a stepmum to his sons, saying: “It’s a massive responsibility for Kate but she’s been around us for over four years now. She’s perfect in that role.”

He also told Mail Online: “I love seeing the way she is with my children. It brings me immense amounts of pleasure – I feel like I’ve done well for them. It’s not just about putting the right person in my life for the long term, it’s putting the right female influence in theirs too and it feels really good on both levels.”

Congratulations to Jeff and Kate!

Leave your congratulatory comments for the newlyweds on our Facebook page @EntertainmentDailyFix.