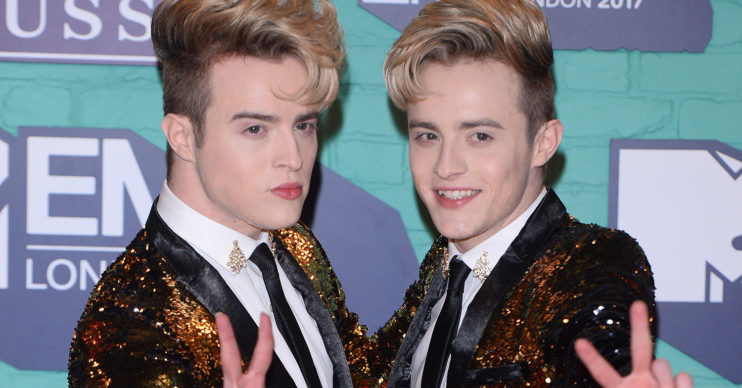 Jedward unrecognisable as they shave hair in memory of late mum

Jedward have shaved off their iconic hair to raise money for the Irish Cancer Society.

The brothers, John and Edward Grimes, underwent the transformation in honour of their mum Susanna, who died from cancer in 2019.

John and Edward, 28, appeared on RTE’s The Late Late Show on Friday and shaved off their famous quiffs.

What did Jedward say about their hair?

Edward said: “We’ve had this hair for over 10 years. It’s part of our identity.

Read more: Piers Morgan latest: Star to ‘have his say’ after GMB exit

“I don’t think we’d be here today if we didn’t have the hair, but this is the first time we’re going to have our hair like this since the beginning of Jedward.”

He then said: “Jaysus! Donate, donate right now. Who am I? Who is this person?”

It was then John’s turn to have his head shaved, as he said: “It’s for a good cause. This had to be done eventually.”

Friday’s Late Late Show was dedicated to the work of the Irish Cancer Society on Daffodil Day, which cannot take place as normal this year due to the pandemic.

The pair later showed off their new hairdos on Instagram.

The post was captioned: “2.6 million raised by the Irish public for the Irish Cancer Society the work and services you provide is life changing!”

Another wrote: “Such a great cause, love the new look!”

This brought tears to my eyes. So proud.

A third said: “This brought tears to my eyes. So proud. And wow still looking gorgeous! Always!”

In 2019, John and Edward paid tribute to their mum after she passed away.

They wrote on Twitter: “Rest In Peace Mammy You live on through us We will miss you and your smile You shaped the character of who we are.

“Mammy lived with cancer for many years but was always full of life! You live on in our Memories and will always be alive in our hearts. (sic)”

What do you think of Jedward’s new hairdos? Leave us a comment on our Facebook page @EntertainmentDailyFix and let us know.