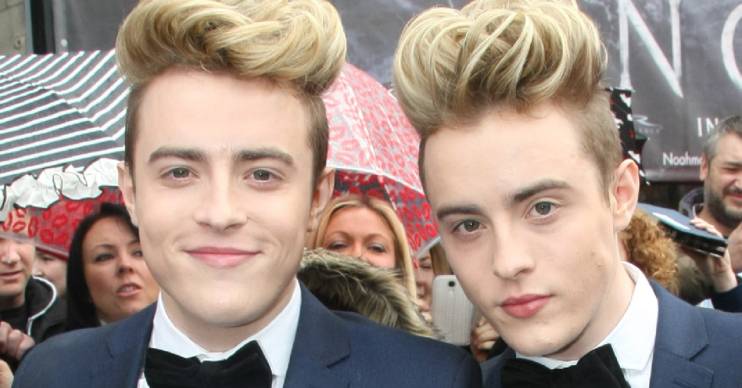 He must have been on some seriously strong painkillers!

The Irish star, 29, was rushed to hospital over the weekend to undergo emergency appendix surgery.

But during his stay he claims the ghosts of two deceased family members helped “welcome him back”.

What did Jedward star Edward Grimes say about his hospital stay?

Taking to his Instagram page, Edward opened up about the spooky experience after he returned home.

“Honestly think it’s past family members welcoming me back.

“I’m not an expert but I know the energy I felt and it was very present.

“This has happened in the past in two other locations so I know what I’m seeing.”

He continued: “Almost a glow of energy radiating a pulsing effect if that makes sense.

“I feel this sense of calm and love surrounding me.

“You aren’t alone there is guardian angels or energies around us all.”

Earlier, he had documented his dash to the hospital and the experience he had during his time inside.

From meeting someone in the next bed who he thinks he might want to marry to his ghostly intervention, it sounds as though it was quite the weekend.

“Had such an eventful time like it’s gonna be a chapter in a book someday or just in my thoughts,” he said.

What else have Jedward been up to?

There’s never a dull moment in the lives of the former X Factor twins.

In March, the pair appeared on Irish television and shaved their heads in memory of their late mother.

Read more: Jedward unrecognisable as they shave hair in memory of late mum

Chatshow The Late Late Show was hosted by John and Edward and showed them getting their famous hair chopped off.

It was all in aid of the Irish Cancer Society.