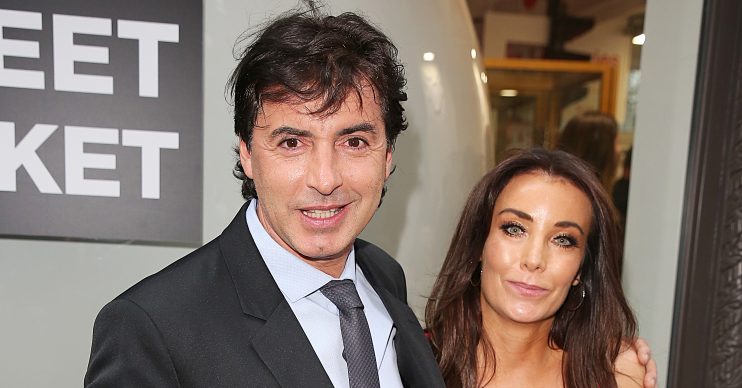 Celebrity chef Jean-Christophe Novelli has revealed his three-year-old son Valentino has been diagnosed with autism.

It comes two and a half years after Jean-Christophe, 58, and partner Michelle Kennedy’s little boy was given the all-clear from stage four neuroblasoma.

While he was having cancer treatment, the parents found out he had the rare genetic condition Microdeletion Syndrome. Half of children with the condition will grow up living normal lives, but some will develop learning difficulties, autism or heart conditions.

Back just on time for my exiting cooking class

The parents said they spotted signs after he preferred to play alone, his speech didn’t develop and he struggled to say ‘mummy’ and ‘daddy’.

Opening up about the diagnosis, the chef told the Sunday Mirror: “He’s been on a real long journey though and if he can beat cancer, he can handle this. He’s a little fighter and we are looking on the positive side.

“When Michelle told me he has severe autism I just thought ‘thank [bleep] at least he’s alive’. Even in this situation, we are very, very privileged, we live in a great country.”

Michelle, 44, added:  “When they told me. I wasn’t surprised. I knew he had it. When I got home, it hit me and I was upset about it. The poor little mite has been through so much.”

Jean-Christophe and Michelle are now determined to learn more about the condition.

The chef and Michelle are also parents to boys Jean, 11, Jacques, seven, and he has daughter Christina, 32, from his first marriage.

Read more: The Chase’s Paul Sinha plans to ‘call it’ if Parkinson’s affects his general knowledge

This made Michelle’s day! Great to meet @johnlegend at @thismorning. What a talented guy!

Valentino was diagnosed with rare neuroblastoma cancer in 2016 when he was just six weeks old.

He endured gruelling chemotherapy and lengthy hospital stays before his family were given the incredible news that he beat the cancer in May 2017.