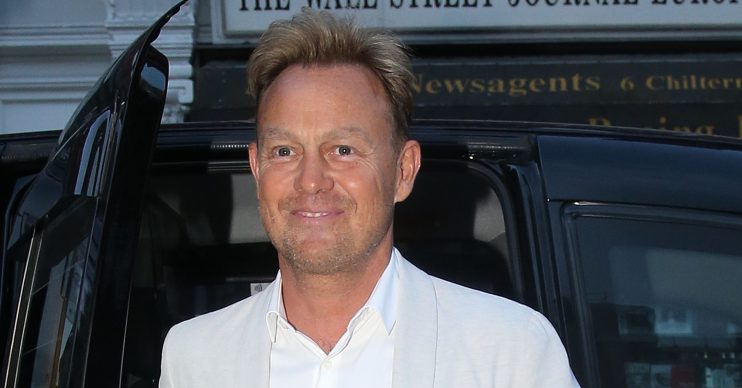 Jason Donovan has been trending on Twitter and the pop singer has Prime Minister Boris Johnson to thank for it.

The Australian singer hit the headlines last week for rescuing his neighbours from a fire while wearing just his pants.

Now, however, he’s in the news for altogether different reasons after Boris mentioned him in his speech at the Conservative Party Conference.

In his first speech at the conference as leader, Boris boasted about the UK’s power to export.

He said: “We already have some astonishing exports. Just in the last few months I have seen an Isle of Wight ship-builder that exports vast leisure catamarans to Mexico.”

He added: “We export Jason Donovan CDs to North Korea. We exported Nigel Farage to America – though he seems to have come back.”

While nothing else that he mentioned – including Farage – managed to trend, the former Neighbours star did.

Read more: Ant and Dec reveal one of them is related to royalty in new show

And, while politicians at the conference were slightly bemused by the reference, Twitter was loving it.

Some even referenced the 90s pop singer’s greatest hits.

For somebody who name-checks Jason Donovan, it seems Johnson still can’t find even Ten Good Reasons to leave the EU.

There is so so much more Mr Johnson could have done with a @JDonOfficial reference. Such as ‘Friends, you can depend on me. Especially for you conference, I’ll give you ten good reasons why an Australian points based system would be beneficial – together nothing can divide us’. https://t.co/F6hFlb2sn0

Some suggested the Especially For You singer would be surprised to see himself trending.

Jason Donovan upon hearing of the news that he is trending on Twitter in 2019 pic.twitter.com/poasiIKoKY

Luckily, I had a £10 double on ‘The PM triumphing Jason Donovan CD sales to North Korea’ and ‘Jason Donovan puts out neighbours fire dressed only in his underpants’ both appearing in the news cycle at the same time.

Other fans, though, wondered if there was something wrong with Jason and worried that he was trending for a more sinister reason.

Mild panic attack seeing Jason Donovan trending there for a second. (Not kidding). Glad you are ok, boo #kylieandjasonforever #leavejasonoutofit

Jason himself is yet to comment on the story, but he does have a 2020 tour coming up that will surely soon be sold out thanks to the exposure from Boris.

He said: “If Parliament were a reality TV show then the whole lot of us I’m afraid would have been voted out of the jungle by now.”

He added: “But at least we would have the consolation of watching the speaker being forced to eat a kangaroo testicle.”

The new series of I’m A Celebrity is due to start this autumn, so perhaps Boris could sign up and see how long he lasts…