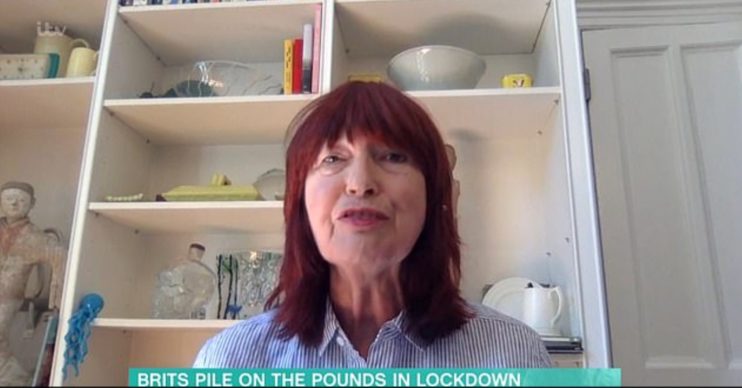 Janet Street Porter has told Boris Johnson to ‘get stuffed’ after he advised Brits to get fit in lockdown.

Last week, Boris declared a war on obesity, blaming his own weight for his tough battle against COVID-19.

Research suggests being overweight raises your chances of dying from coronavirus.

Read more: Phillip Schofield clashes with Janet Street-Porter on This Morning over call for Labour’s Kier Starmer to take over

Janet made the comment during a discussion on weight gain in lockdown on This Morning with Holly Willoughby, Phillip Schofield and Judge Rinder.

Holly said: “Many Brits are at risk of putting on up to a stone in lockdown as almost half put on a pound a week since restrictions began, this is from a new poll.

“This is quite frightening isn’t it Janet?”

Loose Women star Janet replied: “Boris Johnson wanted us all to get fit because he had belatedly realised that one of the reasons he was in intensive care was because he was chronically obese.

“So now he wants us all to get fit and lose weight as well as enduring lockdown.

“I have two words for him. Get stuffed.”

During the segment, Judge Rinder revealed he’s put a stone and a half on in lockdown and feels too depressed to look in the mirror.

Research shows that being obese doubles the risk of needing hospital treatment for coronavirus, while obese people are also 37% more likely to die than the non-obese.

According to The Times, Boris Johnson declared in a conversation last week with some of his most senior ministers and advisers: “I’ve changed my mind on this. We need to be much more interventionist. The subject: obesity.”

Last month, Janet caused controversy when she criticised the timing of Boris and fiancée Carrie Symonds having a baby.

“The birth of any baby is fabulous but the timing of this baby’s birth is not great news for all of us locked up at home,” Janet said.

“I’m celebrating the birth of the baby but I’m not going overboard.

“He’s now got the pressures of having a small child who might keep him awake at night.”