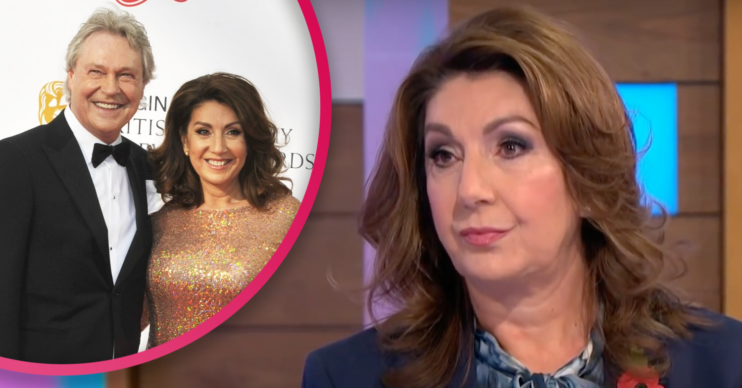 She's focusing on her work after her heartbreak

Jane McDonald has revealed that she’s heading off on a “new adventure” following her return to Loose Women.

Fans of the show had been hoping that Jane would return to the panel.

However, it appears the popular singer has other plans.

What did Jane McDonald say about her ‘new adventure’?

Posting on Instagram, Jane shared details of what’s next for her.

Sharing a picture of a white sandy beach fringed with palm trees, Jane revealed she was “dusting off” her passport.

“I’m off to film in the Caribbean!” she told her followers.

“I’m looking forward to dusting off my passport early next year and being able to travel again.

“This time I’ll have my feet firmly on land as I explore Barbados, St Lucia, Antigua and Grenada!”

How did Jane’s fans react to the news?

It’s fair to say they’re delighted to see their favourite holiday rep back on her travels.

“Looking forward to seeing you travel again Jane, makes me feel like I’m on holiday with you,” said one.

“Can’t wait to see you Jane doing your wonderful stuff!! You’re the best,” said a second.

A third added: “This is great news.”

Others said it would be just what Jane needs following the death of her fiancé Eddie Rothe.

“Great to focus on work after heartbreak,” said one.

“Certainly good for the soul,” said another.

What did Jane say about Ed on Loose Women?

Last week Jane broke down in tears as she spoke about Ed on Loose Women.

She said: “I don’t want to feel sad for the rest of my life because that wasn’t Ed. Ed was golden, smiley, he was beautiful.

“I’ve got to do the first interview and I couldn’t be with better people here.

“It’s been tough but there’s so many of us out there who have been through this and my heart goes out to you all,” she added.

Head to our Facebook page @EntertainmentDailyFix and tell us if you’re excited for Jane’s big adventure.