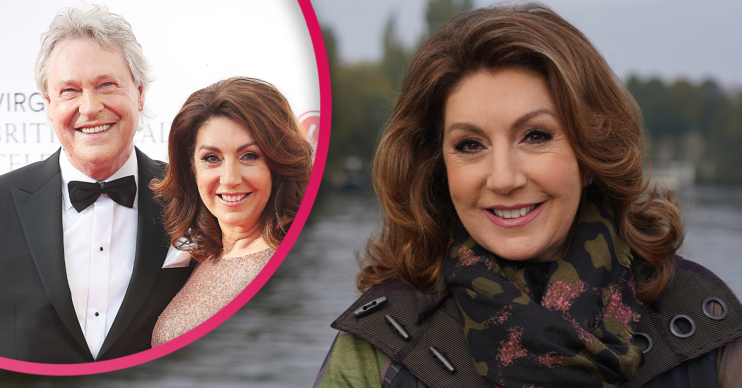 Such a generous thing to do

Jane McDonald has made what fans are calling an “astounding” gesture to the hospice that cared for her late partner Eddie Rothe.

The Cruising With Jane McDonald star lost her fiancé after a short battle with lung cancer.

Eddie died at the end of March last year, with Jane at the time paying tribute to the hospice that helped to look after him.

Now the kind-hearted star has gone one step further.

The Wakefield Hospice cared for Eddie before his tragic death.

Jane paid tribute at the time of his death and now she’s gone one step further.

The star has revealed in a new video that she has donated 61 of her gorgeous gowns to the hospice.

It is selling them on its eBay site to raise funds for the hospice.

Jane recorded an emotional video for the launch of the auction and it was posted to the hospice’s Twitter page.

Why is Jane McDonald donating to Wakefield Hospice?

Following Eddie’s death, Jane launched a JustGiving page, where fans could donate to the hospice in his memory.

Absolutely astounding thing to do, glorious.

However, it appears the star wanted to do more.

“61 of my amazing gowns have just gone live for sale on the Wakefield Hospice eBay shopping channel.

“That’s a bit of a mouthful!” she joked.

Jane added: “I’ve loved wearing those gowns and I sincerely hope you do too.”

She then revealed where the money raised would go.

A lovely message from Jane herself, discussing why she chose to donate her dresses to the Hospice. To see what’s on offer and place any bids, visit our #CharityeBay page here > https://t.co/HJsrGr04Ni. #JaneMcDonald #Donation #LooseWomen #Support #Charity #CharitySupport pic.twitter.com/rrFFSrlsnc

‘What a lovely thing to do’

Jane fans were quick to react to the post, which was shared by Jane on social media earlier today (April 6).

One said: “Absolutely astounding thing to do, glorious.”

They added: “I’d bid myself but I’m a sturdy girl and wouldn’t get any of them above my knees!”

A second said: “What a lovely thing to do Jane.”

Where to buy Jane’s charity dresses

You can head online to the eBay shop for Wakefield Hospice here.

There are some gorgeous dresses on sale, with prices starting at just £60.