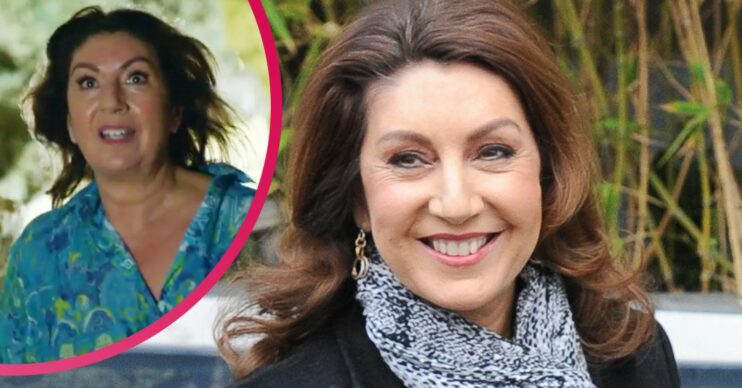 Jane McDonald is heading to St Lucia on the latest stop of her Channel 5 travel show in the Caribbean tonight (April 3).

From beautiful beaches to her hometown of Yorkshire, the star has visited some of the most fascinating places over the years.

But since undergoing eye surgery to restore her deteriorating vision in 2007, Jane’s career only improved for the better.

Jane McDonald on her life-changing procedure

Following the procedure, Jane’s life was transformed and it boosted her career.

In 2011, she told the Yorkshire Post: “The surgery opened up a new world to me. I was able to take on more work because my eyes were less tired, and it has been fantastic.

The surgery opened up a new world to me.

“My only regret is that I waited to so long have my eyes done.”

She continued: “You take your eyes for granted until you start to lose your vision. I had very poor sight. I couldn’t see without my glasses.”

The star went on to explain that she had to wear glasses, before switching to contact lenses during the day.

But after wearing lenses for long periods of time, her eyes began to feel sore and uncomfortable.

Despite being apprehensive over the surgery, Jane was thrilled with the results.

She called the ReSTOR lens procedure “the best thing I have ever done”.

What else did Jane say?

Meanwhile, in a separate interview, Jane opened up on the side effects of her surgery.

She told Express in 2007: “There was no pain. Afterwards, my vision was blurry and my eyes felt a bit gritty but after about a week it began improving.

“I still get a slight haze around lights but this has been the answer to all my prayers. It’s unbelievable and I’m already taking good vision for granted again.”

Presbyopia is an eye condition in which your eye slowly loses the ability to focus on objects up-close.

The condition usually becomes noticeable in your early to mid-40s.

Richard Packard, the ophthalmic surgeon who treated Jane, explained at the time: “Presbyopia is a condition of middle age.

“Most people require reading glasses from around 45. Often, they already have problems with far vision.”

Holidaying with Jane McDonald: The Caribbean is on Channel 5 at 9pm.