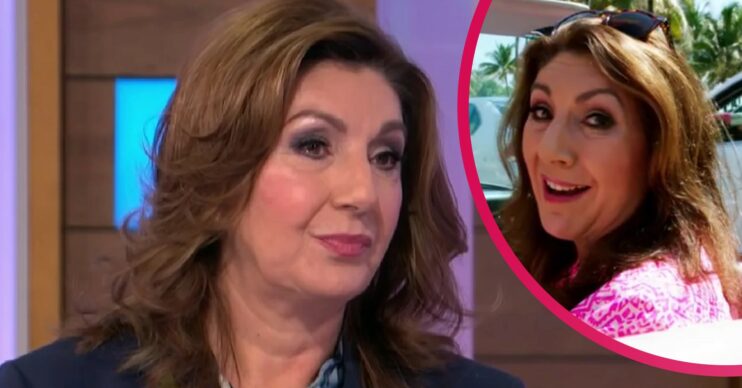 Jane McDonald anxiety that caused her to be ‘frightened of everything’

Jane McDonald has certainly become a national treasure since embarking on her career over two decades ago.

But while the star appeared confident on stage, Jane often felt fearful during her early career.

What did Jane McDonald say about her early career?

Jane made her television debut on BBC fly-on-the-wall series The Cruise in 1998.

However, she didn’t have as much confidence back then.

Speaking to The Sun in 2018, Jane explained: “When all this happened to me 20 years ago, I was frightened of everything.

I was frightened of everything.

“I was frightened of saying the wrong thing, I was ­frightened of looking a certain way, I had all these people around me sorting my hair and doing this.”

In addition, she shared: “I like big hair, I like ­fabulous make-up, I like high heels and that is me. And when all these people try and change you in the very beginning they’re doing their job. But now this is trendy and I’ve never ever wavered from who I am.”

Nowadays, Jane is one of Britain’s most-loved entertainers.

Read more: Jane McDonald’s grief after losing three people very close to her in a month

Most recently, Jane appeared in Channel 5’s Holidaying with Jane McDonald: The Caribbean.

On the programme, the star travelled to Barbados, St Lucia, Grenada and Antigua in a four-part mini-series.

She also appears on Cruising with Jane McDonald, which airs on Channel 5 today (June 4).

Despite her hugely successful career, Jane has spent the past year grieving the loss of her fiancé Eddie Rothe.

Eddie died in March last year after a short battle with lung cancer.

At the time, a statement on her Twitter account read: “It is with immense sadness that we share the news that Jane’s beloved long term partner, Ed, passed away on Friday 26th March.

“He had been battling lung cancer for the last few months. We would like to thank everyone for all their help and support.”

Meanwhile, back in November, Jane appeared on Loose Women to speak about Ed’s death.

On the show, she explained that didn’t want to “feel sad” for the rest of her life.

Jane told the panel: “I don’t want to feel sad for the rest of my life because that wasn’t Ed. Ed was golden, smiley, he was beautiful.”

Last month, the star donated over 60 of her gorgeous gowns to the hospice that cared for Eddie before his death.

Money from the sale of the dresses will help the hospice help more families like Jane’s.

Cruising With Jane McDonald is on Channel 5 today at 5:30pm.