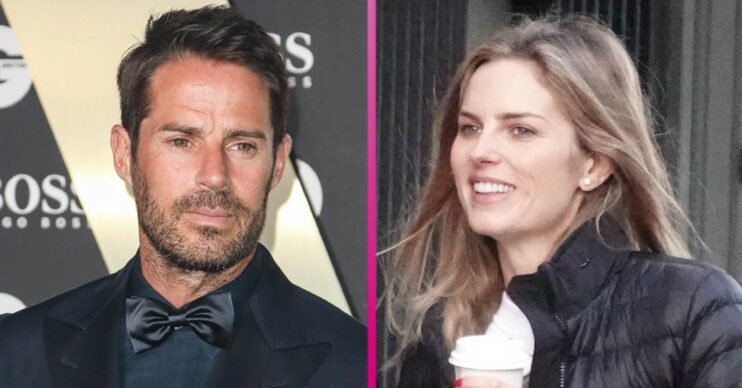 The couple are expecting their first child

Jamie Redknapp has shared a series of loved up snaps with girlfriend Frida Andersson, before welcoming their first child.

The former footballer took to social media to update fans on the couple’s romantic getaway in Santorini.

Meanwhile, the post marks the first time Jamie and Frida have posed together online.

Jamie, 48, posted a total of four pictures of himself and Frida together.

The first showed the couple sweetly smiling in a selfie, while a second was taken on the beach.

Both dressed in swimwear, Frida’s growing bump peeped out as she wore a white bikini set.

The pair were captured in a pool in a third shot.

Meanwhile, Frida and Jamie posed against a stunning backdrop for a final snap.

Alongside a love heart emoji, he captioned the post: “Santorini.”

The couple’s celebrity pals rushed to comment their well wishes.

When are Jamie and girlfriend Frida expecting their first child?

Meanwhile, Jamie and Frida are set to welcome their first baby in the upcoming months.

The news first broke back in May after the couple reportedly told their friends.

An insider told The Sun: “Jamie’s been telling pals he’s really excited to be a dad again – less excited about the sleepless nights, and ­nappy-changing.

However, reports claimed that ex-wife Louise Redknapp “was knocked sideways” after finding out through family members.

A source told OK magazine: “She’s happy for them both and says life goes on but at the same time, she’s shocked by how quickly he’s moved on and that he’ll be a new dad again at nearly 50.

“A new baby is always a joy but she is concerned at how it will impact their family dynamic.”

Furthermore, the Swedish model is already a mum to four kids with ex-husband Jonathan.

It’s not known when Frida is due.