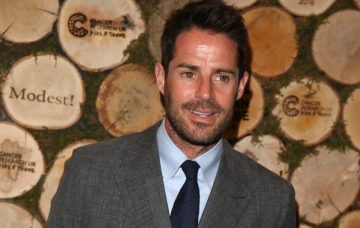 He had earlier attended the royal wedding

According to the Mirror, Jamie and Jemima left the venue in separate exits before hopping into Jamie’s chaffeur-driven Audi.

Read more: Louise Redknapp delivers stark message to all her critics in wake of marriage split

An onlooker, who claimed to see the pair on the night out, told the publication: “They were clearly having a great night out.

“But Jemima tried to hide herself from photographers as she left while Jamie seemed to be amused by the whole situation.”

However, another person told the outlet that the night out was entirely innocent.

The source said: “They were there with eight other people and there were three others in the car too.”

It’s said Noel Gallagher, Richard Bacon and Bodyguard’s Richard Madden were also spotted at the venue, suggesting Jamie and Jemima may have partied with them.

ED! has contacted representatives for Jamie and Jemima for comment.

In July, it was reported that the pair had reached a “financial agreement” following divorce proceedings.

Meanwhile, Jemima also has two sons with her ex-husband Imran Khan, who is now Prime Minister of Pakistan.