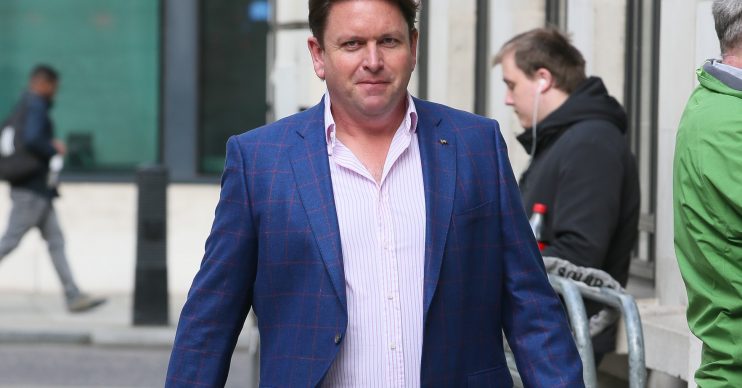 The celebrity chef is doing his bit

James Martin has revealed on Good Morning Britain that he’s made an incredible gesture for his entire village.

The celebrity chef wanted to help his community during lockdown and so he’s made pasta for them all!

Pasta is typically one of the food stuffs that has been selling out as the panicking public stockpile non-perishable goods.

So James has helped out the elderly and others in his village by making a huge batch of homemade pasta for them all.

Well, that’s it! 1000kg of pasta made and drying, ready to be given out…job done ✅ pic.twitter.com/P2Mdsh4hUJ

He first revealed he’s made 1000kg of pasta in a tweet, before appearing on Good Morning Britain today to talk about it.

James was speaking via video link from his home as he explained he got hold of a big industrial pasta machine from his restaurant and brought it back to his house.

“Because we’ve got a bakery, I grabbed whatever eggs I could, whatever flour I could and whatever semolina I could, and I thought rather than just deliver bags of flour, I’d transform it into stuff.

He then held a tray up to the camera to show how hard he’s been working.

Social media to the rescue

After revealing he knew he couldn’t go and deliver it around the village, he said he’d turned to Facebook.

“I put a little post online saying come and collect it from a table outside and that was it and it’s taken over from there.”

Fans of the chef were very impressed with his efforts.

“Amazing, everyone on the receiving end will be well chuffed,” said another.

He got some of his suppliers involved and as a result they were able to help out.

“You’re sat there and you’re watching social media in all this going on and you think ‘how can I help?’,” he revealed.

James took to Twitter to explain the show had been filmed, in advance, before the measures had been put in place.