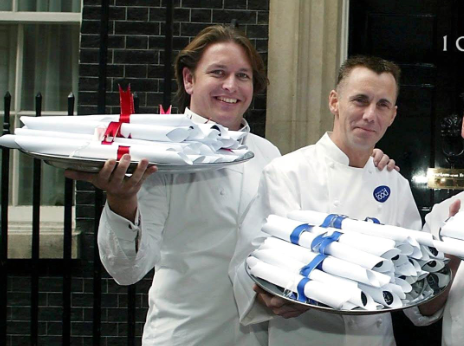 Tributes are pouring in for TV chef Gary Rhodes, whose death was announced this morning.

James Martin shared his condolences on Twitter, hailing his friend a genius and a gent.

Hugely influential in my life and the life of the British food scene. Gent and genius…RIP Gary, I can’t believe you’re gone https://t.co/8g8M93uJrB pic.twitter.com/tAcLWONYjH

Gordon Ramsay attributed him with putting British cuisine on the map.

We lost a fantastic chef today in Gary Rhodes. He was a chef who put British Cuisine on the map. Sending all the love and prayers to your wife and kids. You’ll be missed Gx pic.twitter.com/RRWlWhjup8

oh my goodness! just heard the tragic news that Gary Rhodes has died. Always a lovely man who gave me great advice when I first started out. Love and thoughts to Jennie and the boys

The star is reported to have passed away in Dubai on Tuesday (26.11.19) with his wife Jennie at his side.

In a statement, Gary’s family said: “The Rhodes family are deeply saddened to announce the passing of beloved husband, father and brother, Gary Rhodes OBE.